Surprise: An Emotional Expression for a Social Change 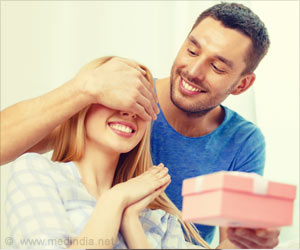 Surprising someone not only creates a memorable experience, but also becomes a powerful tool for social influence, revealed new study published in the journal Topics in Cognitive Science.

Surprises are memorable, able to garner attention and arouse emotion, but a less heralded effect is that they can serve to shift attitudes and provide an avenue to influence people, said Jeffrey Loewenstein, Professor at the Gies College of Business at the University of Illinois. "Put those things together and surprise becomes a powerful tool for social influence," Loewenstein said. Moreover, surprise not only has individual effects on beliefs and attitudes, but also "collective effects on the content of culture", the researchers said.

Advertisement
‘Surprise not only generates an emotional reaction, but is also a push to learn, and an experience that people get excited to share with others.’

"We're in an information-rich environment where our primary challenge is how to identify what to pay attention to. And surprise, which shatters expectations, is a signal that says 'Hey! Pay attention!'," the researchers added. That surprise can lead to changing attitude and shifting preconceptions. "Critically, there is a second effect because you are not only making one person more open, you are also making them your ambassador. You are likely to generate word of mouth as they share the surprising experience with others. Surprise is a force multiplier for communication," Loewenstein said.


What generates surprise need not be accidental or random. According to Loewenstein, there are predictable methods or patterns, such as the repetition-break structure, for generating surprise. "Crafting surprises is something everyone can learn to do, and they will be more influential if they do," he noted.

Six Yoga Poses for Emotional Release
Yoga poses open your heart and mind and help you cope with a heartbreak in a healthy way....

How Emotional Language Influences Persuasion?
People are tend to use more emotional language to persuade, even when it could backfire, revealed .....

Infants Emotions and Attention are Shaped by the Beats They Hear
From lullabies to live concerts, music and rhythm shape our social brains. The developmental ......

Fights Between Parents may be Emotionally Damaging for Children
Parental conflict can do lasting damage to kids. It can disturb the emotional processing of these .....