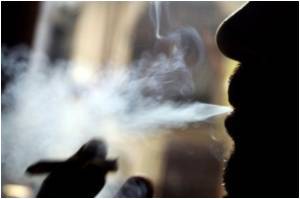 Major tobacco companies were jubilant on Monday as the Supreme Court rejected the government's appeal to hear its demand of 280 billion dollars in cigarette-making profits.

The decision by the court not to hear the case is a potentially fatal blow to the government's efforts to recover earnings from what it says was 50 years of allegedly deceptive practices to get people hooked on smoking.


Monday's rebuff marks the second time the Supreme Court has refused to hear the landmark case, in which the government under president Bill Clinton launched a massive racketeering suit in 1999 seeking a "disgorgement" demand of 280 billion dollars in tobacco firms' allegedly ill-gotten gains.


The court's nine justices also refused to hear the industry appeals to overturn a judge's 2006 findings that cigarette companies defrauded smokers and potential smokers about the health dangers of smoking.

Anti-smoking Groups in Full Praise of Obama's Efforts to Give Up Smoking
Anti-smoking groups have praised US President Barack Obama for his efforts to quit the habit - though he continues to light the puff.
READ MORE

Marketing Strategies of Tobacco Companies in South Korea Focussed on Girls and Young Women
According to a new study, strategies adopted by transnational tobacco companies (TTCs) in South Korea are focussed on roping girls and young women into smoking.
READ MORE