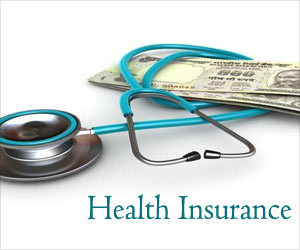 Nearly one in seven suburban residents lacks health insurance and 40% of the uninsured population in America lives in the suburbs.

Despite the suburbs' general reputation of affluence, the U.S.'s growing poor population in suburban areas faces substantial barriers to accessing health care--similar to those faced by the urban and rural poor--according to the study.

Advertisement
‘Providing services and care to the suburban poor population may require different policies than those typically relied on in urban or rural areas.’

It is the first national analysis comparing health care coverage and access between people living in the suburbs and people in urban and rural areas.


"We rarely think about suburbs when we think about vulnerable populations. Increasing rates of suburban poverty haven't gotten much attention from the public health sector, and policymakers really haven't started to consider what these shifts in the geography of poverty mean for health care access and for health disparities," said lead author Alina Schnake-Mahl, a doctoral student at Harvard Chan School.
Advertisement
Poverty has been on the rise in suburbia for a number of reasons: job losses and loss of wealth during and after the 2008 recession; a "return to the city" trend among millennials and empty nesters and subsequent pricing out of lower-income families; more affordable suburban housing options; and international immigration to suburban communities.

To explore more about how these shifts are impacting health insurance rates and health care access, the researchers analyzed data from 2005-15 from roughly 2.7 million adults interviewed as part of the U.S. Centers for Disease Control and Prevention's Behavior Risk Factor Surveillance System, an annual national telephone survey.

The findings showed that: Uninsurance rates did decline in the suburbs after implementation of the Affordable Care Act (ACA) in 2014--as they did in all geographic regions--but suburban coverage gains appear to have been more limited than in urban and rural areas. While the uninsurance rate in the suburbs had been lower than in other regions from 2005-14, by 2015 it was essentially the same as in urban areas.

Speculating as to why poor suburbanites face barriers to health care coverage and access, the researchers pointed out challenges unique to the suburbs: "In most studies, suburban areas are grouped with urban areas. But suburbs are unique geographies with specific challenges for health care access. Providing services and care to the suburban poor population may require different policies than those typically relied on in urban or rural areas," said Schnake-Mahl.

Health Insurance For Pre-Existing Conditions
Many people worry about getting health insurance plans for pre-existing conditions and they believe ...

Health Insurance in Europe
The concept of social health insurance is deeply ingrained in the fabric of healthcare systems ......