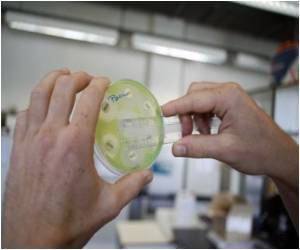 New models of bacterial growth help scientists find the way by which antibiotic resistance allows bacteria to multiply in the presence of antibiotics.

According to UC San Diego biophysicists understanding how bacteria harbouring antibiotic resistance grow in the presence of antibiotics is critical for predicting the spread and evolution of drug resistance.

In the study, the researchers found that the expression of antibiotic resistance genes in strains of the model bacterium E. coli depends on a complex relationship between the bacterial colony's growth status and the effectiveness of the resistance mechanism.

The use of predictive quantitative models was instrumental in guiding the researchers to formulate critical experiments to dissect this complexity. In their experiments, E. coli cells possessing varying degrees of resistance to an antibiotic were grown in carefully controlled environments kept at different drug doses in "microfluidic" devices-which permitted the researchers to manipulate tiny amounts of fluid and allowed them to continuously observe the individual cells.

Hwa and his team found a range of drug doses for which genetically identical bacterial cells exhibited drastically different behaviours: while a substantial fraction of cells stopped growing despite carrying the resistance gene, other cells continued to grow at a high rate.

This phenomenon, called "growth bistability," occurred as quantitatively predicted by the researchers' mathematical models, in terms of both the dependence on the drug dose, which is set by the environment, and on the degree of drug resistance a strain possesses, which is set by the genetic makeup of the strain and is subject to change during evolution.

"Exposing this behavior generates insight into the evolution of drug resistance," says Hwa. "With this model we can chart how resistance is picked up and evaluate quantitatively the efficacy of a drug."

The study is published in the journal Science.

No Link Between Retinal Detachment and Use of Antibiotics
New study finds no link between the use of a class of antibiotics known as fluoroquinolones and ......