Study Says Sugar is Not Burned by Self-control Tasks 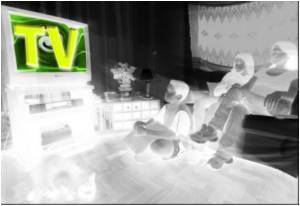 Data from a 2007 study argues against the idea that glucose is the resource used to manage self control and that humans rely on this energy source for will power, a University of Pennsylvania psychologist has said.

Conducted by Robert Kurzban, the analysis shows that evidence previously presented in favour of the claim that the brain consumes extra glucose when people exert self-control shows no such thing.

The new analysis contradicts results based on "resource" models of self control, suggesting that when people exert self control -by, for example, carefully focusing their attention -- a resource is "depleted," leaving less of it for subsequent acts of self control.


This study identified glucose as this resource that gets depleted.

"For this model to be correct, it obviously must be the case that performing a self-control task reduces glucose levels relative to pre-task levels. Evidence from neurophysiology research suggests that this is unlikely, and the evidence for it is mixed at best," said Kurzban.

A comprehensive article on diabetes - both Type 1 and Type 2 diabetes, including : causes, signs, symptoms, diagnosis, treatment, facts and a glossary on diabetes.
Advertisement
By analysing the portion of the data made available by prior researchers, Kurzban discovered that, in the studies reported, glucose levels did not decrease among subjects who had performed self-control tasks.

This means that the researchers' own data undermine the model they advance in their paper.

Kurzban's new analysis is consistent with the neuroscience literature, which strongly implies that the marginal difference in glucose consumption by the brain from five minutes of performing a "self-control" task is unlikely in the extreme to be of any significant size.

In addition, research on exercise shows that burning calories through physical activity, which really does consume substantial amounts of glucose, in fact shows the reverse pattern from what the model would predict- People who have recently exercised and burned glucose are better, not worse, on the sorts of tasks used in the self-control literature.

"The failure to find the effect predicted by the glucose model of self control is not surprising given what is known about brain metabolism. Even very different computational tasks result in very similar glucose consumption by the brain, which tends to metabolise glucose at similar rates independent of task," said Kurzban.

Furthermore, even if exerting self control did reduce levels of glucose, the cause of the reduction could be factors such as increased heart rate when people perform certain kinds of tasks, rather than consumption by the brain.

Kurzban said that glucose levels are probably influenced by a cascade of physical and psychological mechanisms that mediate glucose levels throughout the body.

"The weight of evidence implies that the glucose model of self control in particular -- and perhaps the resource model in general-ought to be carefully rethought," he said.

"From a computational perspective, a 'resource' account is the wrong kind of explanation for performance decrements to begin with. No one whose computer is performing slowly would think that the fault lies in not having sufficient electricity -- or that running Excel for five minutes will drain the battery and so make Word slow down -- even though no one would deny that electricity is necessary for computers," he added.

The study is published in the current issue of the journal Evolutionary Psychology.

Ramadhan calls for a change in your food habits, and to help you glide through it easily, here weve put down ...
This site uses cookies to deliver our services.By using our site, you acknowledge that you have read and understand our Cookie Policy, Privacy Policy, and our Terms of Use  Ok, Got it. Close
×