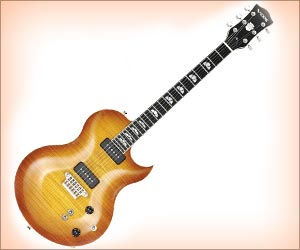 A new study has revealed that playing the air guitar and singing in the shower are useful techniques for aspiring musicians, as they can help them improve their creativity.

According to Mirjam James, a research fellow for creative learning and original performance at Cambridge, air guitar can help budding musicians to have moments of inspiration they would not have otherwise, the Daily Star reported.

James said that during a meeting with a horn player he felt that he made more breakthroughs in learning music while playing his instrument but after watching his footage, the researcher realised that two thirds of his "creative episodes" occurred when he was not playing the instrument.


The researcher added that if you do air guitar or sing in the shower and take the ideas you have to the practice room, then these things become practice as well and that's when creativity happens.

Source: ANI
Advertisement
<< Regulation of Circumcision Practices Called as 'racist' by ...
Non-completion of HPV Vaccination in Girls in Low-income Fa... >>

More News on:
Openness to Experience Resistance to Change

Wagner's 200th Birthday Celebrated By Musical World
Scrambling to pay tribute to Richard Wagner are opera houses the world over....

Research Reveals Sound of Waves is Music to Women
Certain sounds can have a soothing effect on one's mood, while some can affect negatively too, new ....