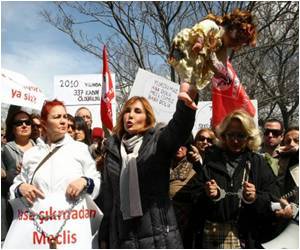 A new survey by the Australian Institute of Criminology (AIC) has revealed that women in Australia are reportedly engaging in more physical violence.

In an assessment of male and female offending, the AIC claimed that the statistics showed a substantial increase in assault by both males and females.

According to a study various types of violence between couples generally stem from a calculated decision-making process.
Advertisement

The AIC said the data represents a 49 percent increase in the female assault rate, compared with 18 percent for males.

An international Commission's research-based report has concluded that media violence consumption increases the relative risk of aggression, defined as intentional harm to another
Advertisement
The survey said that both men and women are the victims of assault, although rates of male victimisation remain consistently higher at 837 per 100,000 in 2009-10, compared with 675 per 100,000 for females.