Study on Safety of Cigarette Additives by Tobacco Company Misleading 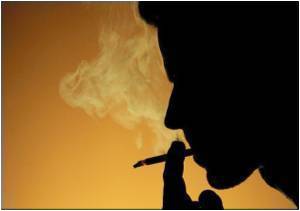 A new study has found that the tobacco giant Philip Morris has manipulated its study results on the safety of cigarette additives.

In analysis led by Stanton Glantz from the Center for Tobacco Control Research and Education at the University of California in San Francisco, the authors reanalysed data from "Project MIX" in which chemical analyses of smoke, and the potential toxicity of 333 cigarette additives were conducted by scientists from the tobacco company Philip Morris.

The authors of the independent analysis used documents made public as a result of litigation against the tobacco industry to investigate the origins and design of Project MIX, and to conduct their own analyses of the results.


Internal documents revealed post-hoc changes in analytical protocols after the industry scientists found that the additives increased cigarette toxicity by increasing the number of particles in the cigarette smoke.

Every cigarette you smoke is causing irreversible damage to your body; slowly killing you from the inside. It also endangers those around you, your family and children.
Advertisement
Crucially, they also found that in the original Project MIX analysis, the published papers obscured findings of toxicity by adjusting the data by Total Particulate Matter concentration, when the authors conducted their own analysis by studying additives per cigarette, they found that 15 carcinogenic chemicals increased by 20 percent or more.

They also found that the failure to identify many toxic biological effects was because the studies Philip Morris carried out were too small to reliably detect toxic effects.

The authors concluded that their independent analysis provides evidence for the elimination of the use of the studied additives, including menthol, from cigarettes on public health grounds.

"The results demonstrate that toxins in cigarette smoke increase substantially when additives are put in cigarettes, including the level of Total Particulate Matter. In particular, regulatory authorities, including the Food and Drug Administration and similar agencies elsewhere, could use the Project MIX data to eliminate the use of these 333 additives including menthol from cigarettes," the authors said.

The study has been recently published in PLoS Medicine.

Acupuncture May Not Help Quit Smoking

There is no consistent evidence that acupuncture, acupressure, laser therapy or electrostimulation are effective for smoking cessation.
Advertisement
<< Study Finds Proton Therapy Safe And Effective Against Prost...
Hijacking Of Enzymes By HIV Explained >>

More News on:
Health Hazards of Smoking Smoking And Cancer Smoking And Tobacco Smoking among Women Label Lingo on Food Items: Decoded Cigarette Smoking - A Silent Killer Antioxidants to Help You When You Quit Smoking