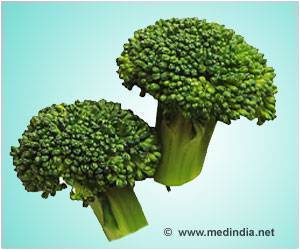 A US study presented on Tuesday showed Chinese women who ate cabbage, broccoli and leafy greens lived healthy and longer with improved survival rates after breast cancer than women who did not eat these cruciferous vegetables.

The findings came from data on 4,886 Chinese breast cancer survivors age 20-75 who were diagnosed with stage one to stage four breast cancer from 2002 to 2006 and who were part of the Shanghai Breast Cancer Survival study.

Women who ate more cruciferous vegetables over the 36 months following their diagnosis saw their risk of dying from any cause decrease by 27 percent to 62 percent compared to women who reporting eating little or none of these veggies.

Breast cancer if detected early can be completely cured. Mammography is used to screen women for breast cancer.
Advertisement
Sarah Nechuta, a postdoctoral research fellow at Vanderbilt University in Nashville, Tennessee, said the findings suggest breast cancer survivors "may consider increasing intake of cruciferous vegetables, such as greens, cabbage, cauliflower and broccoli, as part of a healthy diet."

Nechuta, who presented the study at the American Association for Cancer Research meeting in Chicago, pointed out that diets among Chinese and Western women tend to vary.

"Second, the amount of intake among Chinese women is much higher than that of US women."

Nechuta said future research could focus on the role of the bioactive compounds in cruciferous vegetables -- namely isothiocyanates and indoles -- and how varying doses may have an effect on cancer.