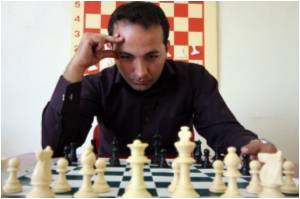 Expert chess players engage both sides of their brains when plotting their next move, reveals a new study.

To evaluate the brain activity in players of differing ability, Merim Bilalic at the University of Tubingen in Germany studied the brains of eight international chess players and eight amateurs.


Amateur players, by contrast, used only one side of their brains when playing.

The expert players, however, used no more brainpower than the amateurs in geometry tasks.

As the road to chess mastery has many twists and bumps, the results showed that parallel processing is cultivated with practice.

"It shows that there really is no short cut to expertise," he said.