Study Claims Walking on All Fours is Not Backward Evolution 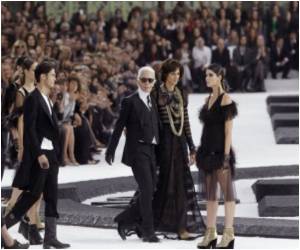 A team of researchers analyzed 518 quadrupedal walking strides from several videos of people with difference forms of UTS. They compared these walking strides to previous studies of the walking patterns of healthy adults who were asked to move around a laboratory on all fours.

According to the findings, nearly all human subjects (in 98 percent of the total strides) walked in lateral sequences, meaning they placed a foot down and then a hand on the same side and then moved in the same sequence on the other side. Apes and other nonhuman primates, however, walk in a diagonal sequence, in which they put down a foot on one side and then a hand on the other side, continuing that pattern as they move along.

Sleepwalking or "Somnambulism," is a type of parasomnia and has medico-legal implications
Advertisement

"Although it's unusual that humans with UTS habitually walk on four limbs, this form of quadrupedalism resembles that of healthy adults and is thus not at all unexpected," Shapiro says. "As we have shown, quadrupedalism in healthy adults or those with a physical disability can be explained using biomechanical principles rather than evolutionary assumptions."


The study also shows that Tan and his colleagues appeared to have misidentified the walking patterns among people with UTS as primate-like by confusing diagonal sequence with diagonal couplets. Sequence refers to the order in which the limbs touch the ground, while couplets (independent of sequence) indicate the timing of movement between pairs of limbs.

Walking Corpse Syndrome or Cotard's Syndrome is an uncommon neuropsychiatric disorder in which patients experience delusions that they are dead, do not exist, are putrefying or have lost their vital organs.
Advertisement
People with UTS more frequently use diagonal couplets than lateral couplets, but the sequence associated with the couplets is almost exclusively lateral.

Who Else Wants to Know How Walking Helps Heart and Brain?
News Archive
News Resource
Advertisement
News Category
Smartphone can Detect Narrowed Arteries in Your Neck Sleeping Pills Use Drops Drastically Among Americans How DDT Exposure Contributes to Alzheimer's Disease Risk? Does Using Laughing Gas During Labor Have Side Effects? Can Spider Silk Proteins Help Create Biomedical Applications?
More News
Sign up for Wellness Consult a Doctor Sign up for Selfcare

Color Blindness Calculator Pregnancy Confirmation Calculator Find a Hospital Daily Calorie Requirements Drug Interaction Checker Find a Doctor Accident and Trauma Care Sinopril (2mg) (Lacidipine) Drug Side Effects Calculator Iron Intake Calculator
This site uses cookies to deliver our services. By using our site, you acknowledge that you have read and understand our Cookie Policy, Privacy Policy, and our Terms of Use