Study Asks If a Different Approach is Needed for Acute Diverticulitis in Younger Patients? 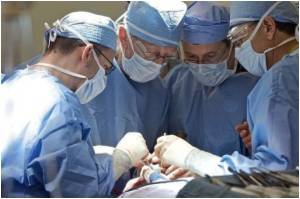 In young adults, acute diverticulitis is the most common complication of diverticular disease. Its clinical presentation varies from mild local inflammation to full-blown perforation.

After resolution of an acute episode, the best management strategy is as yet undefined, due to the risk of further episodes and the risk associated with elective surgical resection. Historically, surgical resection has been advocated after one episode of complicated diverticulitis (diverticulitis with perforation of the bowel wall, which manifests as intra-abdominal abscesses or peritonitis) and after one episode of uncomplicated disease (local inflammation) for patients younger than 50 years old. However, this aggressive strategy for younger patients has been questioned by several researchers.

Ulcerative colitis is characterized by bouts of diarrhea, bleeding per rectum and pain, which remits and relapses. Fulminant colitis is a possibility, which may require colectomy.
Advertisement

A research article to be published on January 14, 2011 in the World Journal of Gastroenterology addresses this question. The authors did a retrospective study to compare the natural history and the course of acute diverticulitis in a younger age group with that of an older population.


In this study, the patients younger than 50 years at first presentation of diverticulitis had less severe disease but a higher recurrence rate (25.8% vs 11.1%). All the patients with recurrent disease were managed with conservative treatment and for the majority of patients, the most severe attack of diverticulitis was the first. On multivariate analysis, age was the only factor predictive of recurrence.

Encyclopedia section of medindia gives general information about Peptic Ulcer
Advertisement
The results show that acute diverticulitis is a mild disease with a low complication rate. In younger patients, there is a male predominance and the disease tends to be less severe than in the older age group, in spite of the higher recurrence rate. The clinical course of uncomplicated acute diverticulitis is similar both in younger and older patients. Therefore the same guidelines should be used in the treatment of both groups of patients.

Diverticulitis is an easily preventable disorder. You just need to pay more attention to your diet. Here are ...