Stressed Out Students Can Immensely Benefit From Flower Remedies 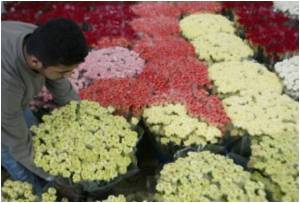 Stress resulting from constant feelings of worry, anxiety or despair can lead to a weakening of the immune system, which makes us vulnerable to all kinds of diseases.

But unfortunately, few of us ever give our emotional health the attention it deserves. And this fact is most glaringly evident just around the exams which give students the jitters at this time of the year. While there are several help-lines available for stressed out students, there is hardly any system which can bring profound, fundamental changes in the way they deal with life's crises. This is where flower remedies come in.

Created by just dipping specific wildflowers in mineral or spring water for a few hours, these remedies are not medicines in the conventional sense of the term. But according to the practitioners of this system of healing, they can go a long way in helping people cope with all kinds of emotional disturbances. Interesting anecdotes about people - and even pets - getting healed by flower remedies abound on the internet.


"Students are under the greatest stress just before their exams and when they are awaiting their results. This can not only take a serious toll on their health, but at its worst, it can also lead to suicide cases among them. For such students, flower remedies can be extremely helpful in healing their fears, increasing their confidence levels and making them more hopeful about their future," says flower remedy expert and energy healer, Manoj Soral, who suggests flower remedies and uses Reiki, mantras and other forms of healing to help people trying to cope with emotional stress.  "A rapidly growing number of people are recognizing the magical healing properties of these beautiful remedies," he adds.

Today most of us are under stressful situations which is hard to avoid.Explore our simple and inexpensive stress relief tips.
Advertisement
The remedies, which are said to be completely safe and can be consumed by people of all ages, are easily available at homeopathic pharmacies. They are intended primarily for healing emotional and spiritual conditions including stress, emotional trauma, depression, anxiety, lack of confidence and focus, irritability, insomnia and several others.

Even in Mumbai, several people are discovering the wonders of these remedies. Anushka, a mother of two living in Jogeshwari, vouches for them. "I first thought that Abhijeet's (her 14-year-old son) snide comments, lethargic attitude and arrogance were part of his growth into adolescence. But when it was getting out of hand, I gave him this combination of flower remedies that a friend suggested. And incredibly, one day I actually saw him tidying up his room all by himself, something which he never did. And he didn't even snap at our domestic help, which he always did! He continues to surprise me like this even now," exclaims Anushka.

At a time when stress-related diseases are playing havoc with an increasingly younger population, it could be well worth to take a serious look at these little angels in a bottle, as some healers affectionately call the flower remedies.

Aromatherapy is one of the oldest methods of holistic healing, equipped to rejuvenate the body, mind and spirit with the use of fragrance or aroma.
Advertisement
News A-Z
A B C D E F G H I J K L M N O P Q R S T U V W X Y Z
What's New on Medindia