Statistics Show Decrease in Deaths Due to Cancer in the U.S.

The annual statistics published by the American Cancer Society shows that the death rate due to cancer in the United States has fallen by 22% from its peak in 1991. This means the death of more than 1.5 million people due to cancer has been avoided. The report, "Cancer Statistics, 2015," published in the American Cancer Society's journal CA: A Cancer Journal for Clinicians, and its companion piece "Cancer Facts & Figures 2015," estimates the numbers of new cancer cases and deaths expected in the U.S. in the year 2015.


John R. Seffrin, PhD who is the chief executive officer at the American Cancer Society in a statement said that, "The continuing drops we're seeing in cancer mortality are reason to celebrate, but not to stop. Cancer was responsible for nearly one in four deaths in the United States in 2011, making it the second leading cause of death overall. It is already the leading cause of death among adults aged 40 to 79, and is expected to overtake heart disease as the leading cause of death among all Americans within the next several years. The change may be inevitable, but we can still lessen cancer's deadly impact by making sure as many Americans as possible have access to the best tools to prevent, detect, and treat cancer."


The researchers also stated that additional progress in order to keep the cancer deaths in control could be made by applying cancer-fighting efforts across all segments of the population in the country. It was found that the decrease in cancer deaths varied with state and was generally lowest in the South and highest in the Northeast. The Regional differences that are found in the cancer death rates reflect the differences found in risk factor patterns, such as smoking and obesity, as well as disparities in the national distribution of poverty and access to health care, which have increased over time.

Urine Test for RNA Biomarkers may Help to Detect Prostate Cancer
Researchers have identified biomarkers that could help in the diagnosis of prostate cancer. The RNA molecules are called long noncoding RNAs (lncRNAs).
READ MORE 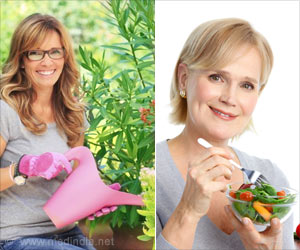