Starbucks in India From Next Month 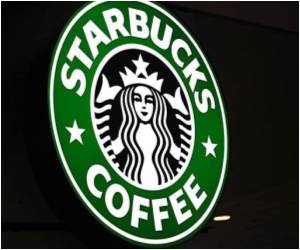 Starbucks, the world's biggest coffee chain, said Friday it will open its first outlet in India next month as it seeks to tap the beverage's growing popularity in a country famed for its love of tea.

Seattle-based Starbucks, which has eyed the Indian market for years, has chosen to launch operations in financial and entertainment hub Mumbai.

"The store will open October-end," Starbucks' Asia-Pacific and China president John Culver said in a statement, without disclosing a specific date.


The firm is entering India in a joint venture with the nation's beverage-to-steel Tata conglomerate, making an initial $78 million investment.

India is primarily a tea-drinking nation, but in recent years lifestyle changes and rising incomes have spawned a booming market for cafes.

Starbucks stopped serving milk in many of its Chinese outlets on Friday as a crisis over poisoned dairy products that have left four babies dead and thousands of others sick spiralled.
Advertisement
Still, India's annual per capita coffee consumption is just 82 grams (three ounces) -- far below that of 6.79 kilograms (15 pounds) in Germany and 5.87 kg in Brazil, according to data from the International Coffee Organisation.

Starbucks said the espresso coffee served in India will be sourced and roasted locally from Tata Coffee, one of the largest coffee plantation firms in the world.

"This is an important part of delivering a locally relevant experience to our customers," Culver said.

Baked goods will be tailored to suit local tastes while lattes, cappuccinos and other drinks will also be on the menu, the statement said.

The Tata-Starbucks venture's chief executive will be Avani Saglani Davda, who has held other senior posts with the Tata group.

Appetite for coffee is growing as the nations sees an explosion of trendy Western-style cafes catering to an increasing number of young professionals.

The US giant will be competing against Indian-owned Cafe Coffee Day, which dominates the market, and foreign chains such as Britain's Costa Coffee and US rivals Coffee Bean and Tea Leaf that are well established in big Indian cities.

Get Your Coffee at Starbucks With a Double-shot of Internet

Starbucks has teamed up with Internet pioneer Yahoo! to begin serving up online news and digital downloads along with coffee at its US cafes.
Advertisement
<< Sports Journalists Using Twitter to Promote Their Biased Th...
Laguiole Knives can Now be Made-in-China >>

Starbucks in India From Next Month Personalised Printable Document (PDF)