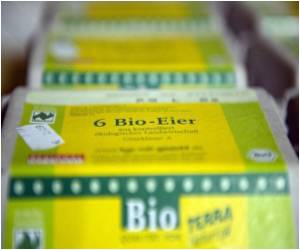 Next time you decide to shell out that extra money on organic varieties of food remember this Stanford study findings that ruled out the much hyped superior health benefits from organic foods.

You're in the supermarket eyeing a basket of sweet, juicy plums. You reach for the conventionally grown stone fruit, then decide to spring the extra $1/pound for its organic cousin. You figure you've just made the healthier decision by choosing the organic product  but new findings from Stanford University cast some doubt on your thinking.

"There isn't much difference between organic and conventional foods, if you're an adult and making a decision based solely on your health," said Dena Bravata, MD, MS, the senior author of a paper comparing the nutrition of organic and non-organic foods, published in the Sept. 4 issue of Annals of Internal Medicine.


A team led by Bravata, a senior affiliate with Stanford's Center for Health Policy, and Crystal Smith-Spangler, MD, MS, an instructor in the school's Division of General Medical Disciplines and a physician-investigator at VA Palo Alto Health Care System, did the most comprehensive meta-analysis to date of existing studies comparing organic and conventional foods. They did not find strong evidence that organic foods are more nutritious or carry fewer health risks than conventional alternatives, though consumption of organic foods can reduce the risk of pesticide exposure.

Food not only sustains us but the kind and quality of food determines the state of your health, which includes your eyes. Let us see which foods can bring a sparkle to your eyes!
Advertisement
The popularity of organic products, which are generally grown without synthetic pesticides or fertilizers or routine use of antibiotics or growth hormones, is skyrocketing in the United States. Between 1997 and 2011, U.S. sales of organic foods increased from $3.6 billion to $24.4 billion, and many consumers are willing to pay a premium for these products. Organic foods are often twice as expensive as their conventionally grown counterparts.

Although there is a common perception  perhaps based on price alone  that organic foods are better for you than non-organic ones, it remains an open question as to the health benefits. In fact, the Stanford study stemmed from Bravata's patients asking her again and again about the benefits of organic products. She didn't know how to advise them.

So Bravata, who is also chief medical officer at the health-care transparency company Castlight Health, did a literature search, uncovering what she called a "confusing body of studies, including some that were not very rigorous, appearing in trade publications." There wasn't a comprehensive synthesis of the evidence that included both benefits and harms, she said.

"This was a ripe area in which to do a systematic review," said first author Smith-Spangler, who jumped on board to conduct the meta-analysis with Bravata and other Stanford colleagues.

For their study, the researchers sifted through thousands of papers and identified 237 of the most relevant to analyze. Those included 17 studies (six of which were randomized clinical trials) of populations consuming organic and conventional diets, and 223 studies that compared either the nutrient levels or the bacterial, fungal or pesticide contamination of various products (fruits, vegetables, grains, meats, milk, poultry, and eggs) grown organically and conventionally. There were no long-term studies of health outcomes of people consuming organic versus conventionally produced food; the duration of the studies involving human subjects ranged from two days to two years.

After analyzing the data, the researchers found little significant difference in health benefits between organic and conventional foods. No consistent differences were seen in the vitamin content of organic products, and only one nutrient  phosphorus  was significantly higher in organic versus conventionally grown produce (and the researchers note that because few people have phosphorous deficiency, this has little clinical significance). There was also no difference in protein or fat content between organic and conventional milk, though evidence from a limited number of studies suggested that organic milk may contain significantly higher levels of omega-3 fatty acids.

The researchers were also unable to identify specific fruits and vegetables for which organic appeared the consistently healthier choice, despite running what Bravata called "tons of analyses."

"Some believe that organic food is always healthier and more nutritious," said Smith-Spangler, who is also an instructor of medicine at the School of Medicine. "We were a little surprised that we didn't find that."

The review yielded scant evidence that conventional foods posed greater health risks than organic products. While researchers found that organic produce had a 30 percent lower risk of pesticide contamination than conventional fruits and vegetables, organic foods are not necessarily 100 percent free of pesticides. What's more, as the researchers noted, the pesticide levels of all foods generally fell within the allowable safety limits. Two studies of children consuming organic and conventional diets did find lower levels of pesticide residues in the urine of children on organic diets, though the significance of these findings on child health is unclear. Additionally, organic chicken and pork appeared to reduce exposure to antibiotic-resistant bacteria, but the clinical significance of this is also unclear.

As for what the findings mean for consumers, the researchers said their aim is to educate people, not to discourage them from making organic purchases. "If you look beyond health effects, there are plenty of other reasons to buy organic instead of conventional," noted Bravata. She listed taste preferences and concerns about the effects of conventional farming practices on the environment and animal welfare as some of the reasons people choose organic products.

"Our goal was to shed light on what the evidence is," said Smith-Spangler. "This is information that people can use to make their own decisions based on their level of concern about pesticides, their budget and other considerations."

She also said that people should aim for healthier diets overall. She emphasized the importance of eating of fruits and vegetables, "however they are grown," noting that most Americans don't consume the recommended amount.

In discussing limitations of their work, the researchers noted the heterogeneity of the studies they reviewed due to differences in testing methods; physical factors affecting the food, such as weather and soil type; and great variation among organic farming methods. With regard to the latter, there may be specific organic practices (for example, the way that manure fertilizer, a risk for bacterial contamination, is used and handled) that could yield a safer product of higher nutritional quality.

"What I learned is there's a lot of variation between farming practices," said Smith-Spangler. "It appears there are a lot of different factors that are important in predicting nutritional quality and harms."

Is there anyone in this world who fails to be swayed by the magic of youth? None, for when youth explodes joyously all Nature smiles!
Advertisement
News A-Z
A B C D E F G H I J K L M N O P Q R S T U V W X Y Z
What's New on Medindia

Hearing Loss Calculator Find a Doctor How to Reduce School Bag Weight - Simple Tips Accident and Trauma Care Blood Donation - Recipients Indian Medical Journals Calculate Ideal Weight for Infants Post-Nasal Drip Pregnancy Confirmation Calculator The Essence of Yoga
This site uses cookies to deliver our services. By using our site, you acknowledge that you have read and understand our Cookie Policy, Privacy Policy, and our Terms of Use