Some Women are Pressurized into Idolizing Size-zero Models: Study 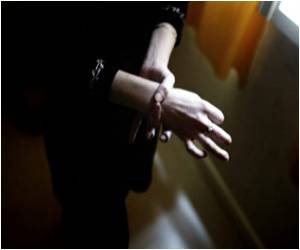 Genes may make some women more vulnerable to the pressure of being thin, states recent study.

From size-zero models to airbrushed film stars, thinness is portrayed as equaling beauty across Western culture, and it's an ideal often cited as a cause of eating disorder symptoms in young women.

The researchers focused on the potential psychological impact of women buying into this perceived ideal of thinness, which they call thin-ideal internalization. Changes in self-perception and behavior, caused by this idealization, can lead to body dissatisfaction, a preoccupation with weight and other symptoms of eating disorders.


"We're all bombarded daily with messages extoling the virtues of being thin, yet intriguingly only some women develop what we term thin-ideal internalization," said Jessica Suisman, lead author on the study and a researcher in MSU's Department of Psychology. "This suggests that genetic factors may make some women more susceptible to this pressure than others."

The genetic cause of extreme thinness has been identified by scientists. Skinniness can lead to a syndrome in children called failure to thrive .
Advertisement
To explore the role of genetic factors in whether women "buy in" to the pressure to be thin, the idealization of thinness was studied in sets of twins. More than 300 female twins from the MSU Twin Registry, ages 12-22, took part in the study. Suisman and colleagues measured how much participants wanted to look like people from movies, TV and magazines. Once the levels of thin idealization were assessed, identical twins who share 100 percent of their genes were compared with fraternal twins who share 50 percent.

The results show that identical twins have closer levels of thin idealization than fraternal twins, which suggests a significant role for genetics. Further analysis shows that the heritability of thin idealization is 43 percent, meaning that almost half of the reason women differ in their idealization of thinness can be explained by differences in their genetic makeup.

In addition to the role of genes, findings showed that influences of the environment are also important. The results showed that differences between twins' environments have a greater role in the development of thin ideal internalization than wider cultural attitudes, which women throughout Western societies are exposed to.

"We were surprised to find that shared environmental factors, such as exposure to the same media, did not have as big an impact as expected," Suisman said. "Instead, non-shared factors that make co-twins different from each other had the greatest impact."

Although the study did not look at specific environmental triggers, non-shared environmental influences typically include experiences that twins do not share with one another. This could include involvement by one twin in a weight-focused sport like dance, one twin being exposed to more media that promotes thinness than the other, or one of the twins having a friendship group that places importance on weight.

"The take-home message," Suisman said, "is that the broad cultural risk factors that we thought were most influential in the development of thin-ideal internalization are not as important as genetic risk and environmental risk factors that are specific and unique to each twin."

Kelly Klump, MSU professor of psychology and co-author on the study, said it is well established that a broad range of factors can contribute to the development of eating disorders.

"This study reveals the need to take a similar approach to the ways in which women buy in to pressure to be thin, by considering how both genetic and environmental factors contribute to the development of thin-ideal internalization," Klump said.

'Judas' hit maker Lady Gaga has revealed that she is not vulnerable to criticism, though she is emotionally thin .
Advertisement
<< Honeybees At McQueen Show In Paris
Small Pox Virus may Fight Breast Cancer >>

Test Your Knowledge on Lung Transplantation
View all
News Archive
News Resource
Advertisement
News Category
Why Twin Mothers are More Fertile? New Guidelines to Treat Depression in Pregnant Women New Evidence on the Use of Contraception for Women Worldwide Do You Get Pregnant While You are in COVID-19 Infection? Is Telehealth Effective in Treating Menopause Symptoms?
More News
Sign up for Wellness Consult a Doctor Sign up for Selfcare