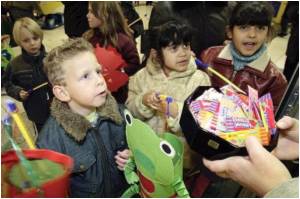 Social networking sites pose a threat to adopted children not ready to meet their birth parents who can trace them through these sites.

There is no such information on the number of children who have been reached out in this manner but according to chief executive of the British Association for Adoption n Fostering, David Holmes, the phenomenon is a growing concern.
Advertisement

"It's not just Facebook, it's the whole phenomenon of social networking and social media. There is a very positive side to it, because it's a way of keeping in contact with lots of people very easily. But equally, by having lots of friends and posting identifying information online, that information could be misused in the wrong hands," the Independent quoted Holmes as saying.


"For children who - for whatever reason - may need to keep some privacy and to be quite careful about online safety, this is a real issue," he added.
Advertisement
According to the Adoption and Children Act 2002, a birth relative has to wait until the adopted child turns 18 to initiate contact.

This is done via a third party - such as the adoption agency or a local authority - with procedures designed to protect the confidentiality of both sides.

Children do not understand the risks involved with disclosing personal information or exchanging messages with a birth parent, says BAAF.

In cases where a child is not necessarily in physical danger, the charity's primary concern is the emotional impact of such a sudden and unexpected reunion.

"The problem is that this form of contact is potentially so fast and so immediate that all of the careful planning that would normally go into contact arrangements goes straight out the window," Holmes said.

Social Networking Advances Destabilizing Mutual Trust Among People: Researcher
An information and technology researcher has revealed that applications that enable people to ...