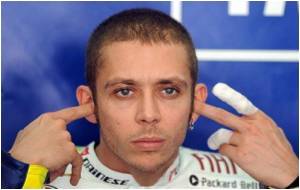 Home injuries do not get the attention they deserve. But they might carry far higher social costs than road accidents, warns new research from the University of Otago, Wellington.

While the home injuries could cost the nation a huge $13 billion a year, the road injury costs are estimated by the Ministry of Transport only at $3.84 billion.

"This is a significant and disturbing burden on New Zealanders," says researcher Dr Michael Keall from the Department of Public Health. "These new findings based on robust analysis should give us all pause for thought."


"However they don't indicate that three and half times more money should necessarily be spent on preventing injuries in the home compared to road injuries. Home injuries arise from many different causes and reflect the vast range of activities undertaken in the home. Preventing home injuries is more complicated than preventing road injury."
Advertisement
"A previous study we did showed that for every structural home injury hazard identified the likelihood of injury increased by 22 per cent. This suggests that considerable investment in making the home environment safer would be justified to reduce some of this $13 billion annual cost burden," he says.

Keall says that the higher cost to society for home versus road injuries can mostly be attributed to the large number of minor home injuries. There are thousands more injuries in the home than on the road, although the average cost of a road injury is much higher at $77,500 because of its greater severity.

"The high total social cost of home injuries arises from a large number of home injuries where someone is admitted to hospital, which were 17,598 in 2007, along with another 649,187 minor medically treated injuries".

In addition he points out it is not commonly recognised that each year about 250 people die in their homes from unintentional injuries, compared to provisionally 374 last year from road crashes, which again results in significant cost to the taxpayer and society at large.

Dr Keall says this latest study provides more evidence of the need to take injuries in the home more seriously because of their high cost to society and individuals.

A priority should be finding effective ways to prevent home injuries, as is being investigated by the Home Injury Prevention Intervention study currently in progress, funded by the NZ Health Research Council and led by Otago University. This study looks at the role of structural home hazards in the occurrence of falls in the home.

"Our research confirms that the home is a significant setting for injury and more consideration needs to be given to reducing risks in this area if we want to reduce medical and other costs to society."

This study was published in the international journal Accident Analysis and Prevention.