Snacking Tourists in Rome to be Fined 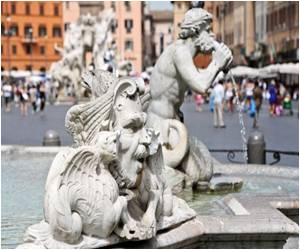 Rome has issued a law prohibiting tourists from snacking at monuments of historical importance. Snacking tourists will have to pay a fine of up to 629 dollars at sites such as the Pantheon, the Piazza Navona and the Colosseum.

"It is forbidden to encamp or erect makeshift shelters and stop to eat or drink in zones which have a particular historic or architectural value," the ordinance adopted by Rome city council read.

According to news.com.au, the law was designed to protect the historic moments and follows similar bans in Venice, Florence and Bologna.


But for many residents the rule is also about teaching tourists respect.

"This is a way to re-educate people about how to behave in this city. We've let standards fall," Rome resident Viviana Di Capua said.

"At the moment people can do anything they like in this city. We need to restore respect. It's just a first step - a lot more needs to be done," Capua added.

A new research has found that snack consumption and BMI are linked to both brain activity and self-control.
Advertisement
<< Study Finds Patients With Rheumatoid Arthritis at Increased ...
Teenage Girls Stomach is Home to a Four Pound Hairball >>

Healthy Snacks - Quick and Easy Recipes
News Archive
News Resource
News Category
Milestone In Voluntary Blood Donation Achieved Samsung Reinvents Toilet for the Poor Which is a Better Form of Exercise: Daily or Weekly? First Phase of Foot-and-Mouth Disease Vaccination Shocking News: Polio Cases Return After a Decade in the US
More News
Sign up for Wellness Consult a Doctor Sign up for Selfcare