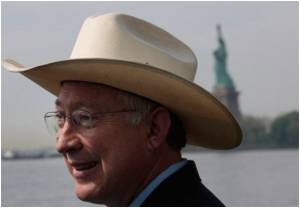 Firefighters said tourists were evacuated from the Statue of Liberty Wednesday after smoke, apparently coming from an elevator motor, was detected inside the famed monument.

"The statue has been evacuated and no injuries have been reported," a spokesman for the New York Fire Department said.

He said "a minor smoke condition" had been detected inside the monument, possibly related to the "overheating" of a motor in one of the statue's elevators.


The statue, dedicated in 1886 and located on an island in the Hudson River just off Manhattan, was closed to the public after the September 11, 2001 attacks.

It was partially reopened in 2004, but the crown of the massive statue was not reopened to tourists until 2009.

Tourists Are Again Free To View The Statue of Liberty's Crown

The Statue of Liberty's crown, which has been closed since the September 11, 2001 attacks here, reopened to the public on Saturday as the United States celebrated Independence Day.
Advertisement
Advertisement