Teenagers with sleep disorders are more likely to consume alcohol and marijuana than peers who report better sleep patterns, says a new research.

"Our findings suggest that sleep issues are independently associated with alcohol and marijuana use for teenagers, not just a marker for other risk factors such as depression," said the study's lead author Wendy Troxel, behavioral scientist at RAND Corporation, a US-based non-profit research organization.


Every 10 extra minutes of late bedtime meant a 4% to 6% jump in likeliness that the teen used alcohol and marijuana in the past month.


"Better understanding of the association between sleep and substance use is important for parents, schools and others involved in alcohol and drug prevention efforts for this age group," Troxel noted.

The teenagers in the study were originally recruited from 16 middle schools across three school districts in Southern California. There were 2,539 teenagers who self-reported their total sleep time and bedtime, as well as alcohol or marijuana use, when they were in high school. The surveys were completed between May 2013 and April 2014.

The findings appeared online in the journal Sleep Health.

E-Cigarettes Have Become Increasingly Popular Among Canadian Teens in High Schools
In total, more than 2.5 million Canadians have tried e-cigarettes, with smokers and young people making up the largest demographic of ongoing users.
READ MORE 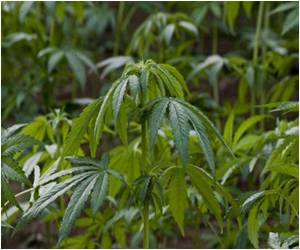 Now, Wake-Up to a 'High' Morning With 'Marijuana-Infused' K-Cups, Coffee Pods
Coffee businesses are now infusing cannabis in their brews, ready to be bought in K-cups and coffee pods as more states in the US are legalizing marijuana.
READ MORE

Brain's 'Natural High' Might Help People to Quit Using Marijuana
Refilling the supply of cannabinoid receptors in the brain could help relieve mood and anxiety disorders and can enable some people to quit using marijuana, demonstrates a new study.
READ MORE

Chronic Alcohol Consumption by Teenagers Impacts Their Memory, Cognitive Functions
The cellular functions in the hippocampus, a brain region where memory and learning are controlled, had changed when exposed to heavy intake of alcohol.
READ MORE