Sleep Apnea Can Cause Another Stroke Attack, Death 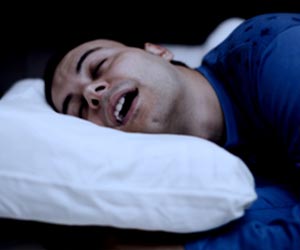 Obstructive sleep apnea in stroke survivors can increase the risk of death, according to preliminary research finding.

Until this analysis of the Brain Attack Surveillance in Corpus Christi, there was no prospective data on the relationship between sleep apnea and recurrent stroke or death from large, population-based or ethnically diverse populations.

Advertisement
‘Mexican-American ethnicity with a previous history of stroke was associated with a 1.7-fold increased risk of recurrent stroke or death.’


Using portable sleep apnea-monitoring devices, they found participants had a median of 14 pauses (full or partial) in breathing per hour during sleep, with 63 percent identified with sleep apnea (10 or more breathing pauses/hour).
Advertisement
During follow-up (median time to event 584 days) scientists found: Sleep apnea may be an important modifiable risk factor for poor stroke outcomes in general, and addressing the condition may help reduce stroke-related health disparities in Mexican-Americans, scientists said.

Snoring Symptom Evaluation
People, who normally do not snore, tend to do so after a bout of drinking, viral infections or ......

Snoring
Turbulent airflow causes tissues of the nose and throat to vibrate and the noise produced by these ....