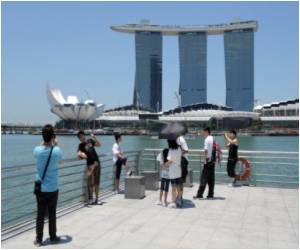 According to a new survey by Solidiance, a strategy consulting firm, Singapore tops other Asia-Pacific cities in terms of innovation.

The study was conducted for two years to find the best Asian cities attracting new talent and business. The survey took into consideration six criteria including availability of talent, advancement in technology, society, knowledge creation, government regulations and global integration.

According to Damien Duhamel, managing partner for Asia Pacific of Solidiance, problems are addressed very soon by the government rather than being ignored and pushed aside.

Solidiance, reports that the Singapore is still conserved with its cultural ideas, and needs to open up to global cultures.
Advertisement
Other top five cities following Singapore are Sydney, Melbourne, Hong Kong and Auckland.

The rankings were based on surveys and interviews with leaders of government and non-government organizations, political heads, entrepreneurs, social activists and CEOs of many companies.

Source: Medindia
Advertisement
<< Stem Cells from a Patient's Own Fat may Fight Brain Cancer
Link Between Low Cognitive Score and Risk of Brain Injury I... >>

Most Important Innovation in the History of Food and Drink: Fridge
Britain's leading scientists have named fridges, pasteurised milk and tin cans as the 20 most ......