Singapore Campaigns for It's Botanic Gardens to Get UNESCO Heritage Status 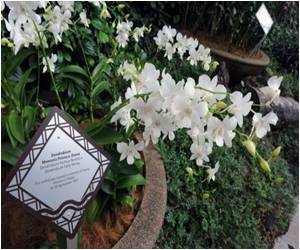 One of the world's most densely populated countries, Singapore is campaigning to get its 154-year-old Botanic Gardens declared a UNESCO world heritage site.

If selected by the UN cultural body, the lush and serene 74-hectare (182-acre) park on the edge of downtown Singapore will join the Royal Botanic Gardens in London and the Orto Botanico in Italy on the prestigious list.

The Singapore gardens were founded in 1859 by the Agri-Horticultural Society while the island was under British colonial rule.


The gardens became known for pioneering rubber tapping and orchid breeding techniques and evolved into a hugely popular attraction for Singaporeans and foreign tourists alike.
Advertisement
It now sees around four million visitors a year in a city-state of 5.3 million people.

"The Singapore Botanic Gardens fulfills the criteria for World Heritage Site assessment, and is a well-loved outdoor area for Singaporeans from all walks of life," said the attraction's director Nigel Taylor.

The campaign for the gardens to be considered a UNESCO World Heritage site was initiated in December, said Taylor, a former curator of the Royal Botanic Gardens.

"Such sites will be further researched on before they are considered for official listing as a UNESCO World Heritage Site," said Taylor.

The 962 sites currently on the World Heritage List are places of cultural or natural heritage "considered to be of outstanding value to humanity", according to UNESCO.

The Straits Times newspaper said Singapore authorities are planning a series of public events throughout the year before an official application is submitted to UNESCO.

The gardens boast over 30,000 plant and tree species, according to the Singapore National Commission for UNESCO, as well as a swan lake and amphitheatre where classical music and other concerts are held.

It is also internationally acclaimed for its VIP and Celebrity Orchids area, where varieties are cultivated and named after famous people, from Princess Diana to Nelson Mandela.

Local conservationists have welcomed the campaign, and say the garden is Singapore's best bet at gaining UNESCO heritage site status.

"The gardens have been extremely well maintained over the years and are well deserving to be a UNESCO World Heritage Site," said Yeo Kang Shua, the honorary secretary of the Singapore Heritage Society.

"The entire process of applying to UNESCO will allow Singaporeans to understand the importance of the gardens in our economic development since the British era," he told AFP.

Singapore's Pampered Pets Now Go On Cruises
As their catamaran eases off from a jetty in Singapore, the guests lean over the side of the boat .....