Sharpest Decline in Education in Syria 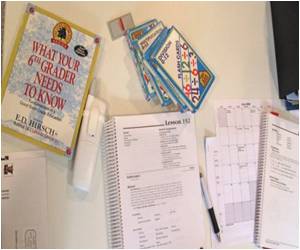 The sharpest and the most rapid decline of education standards in the history of Syria has been noted, the UN agencies noted.

"Nearly three years of brutal conflict in Syria have reversed more than a decade of progress in children's education," said the children's fund UNICEF, refugee agency UNHCR, and the World Vision and Save the Children charities.

While Syria once had one of the Middle East's best education indicators, the decline has been "the sharpest and most rapid ... of anywhere in the region," it said.


"More than 4,000 Syrian schools have been destroyed, damaged or turned into shelters for displaced people," said the report, adding that nearly half of Syria's 4.8 million Syrian children of school age are not in school.
Advertisement
Also, "more than half a million refugee children are not in school outside Syria. The numbers are rising by the day."

Children "have been forced to quit their education as fighting has destroyed classrooms, left children too terrified to go to school, or seen families flee the country," said a statement accompanying the report.

"At best, children are getting sporadic education. At worst, they drop out of schools and are forced to work to support their families," it added.

Teachers have been killed or have fled, schools destroyed or used as military positions, and parents have grown wary of the "risk" of sending their children to class.

In host countries such as Lebanon or Jordan where hundreds of thousands of Syrians have sought refuge, local communities too pay the price of Syria's conflict as classrooms have become "overcrowded."

Jordan is expecting a 40 percent rise in the number of Syrian schoolchildren by the end of 2014, and in Lebanon, the number is expected to double, said the report.

It recommended long-term planning for the education of displaced Syrian children and called for more support to host countries.

Sweden Struggles to Cope With Syrian Refugees
Being the only country to give Syrian refugees automatic residence, Sweden is increasingly coming .....

WHO Finds Link Between Polio Outbreaks in Syria and Pakistan
The World Health Organization has found a link between the outbreak of polio in Syria, which has so ...