Sexual Assault on Rise in Military 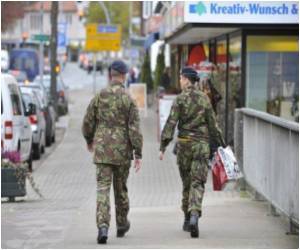 The United States Air Force will release a survey in which it states that one in five American women solider have been sexually assaulted since joining the military service.

The survey conducted by Gallup, interviewed 18,834 male and female airmen between July and August 2010 and had a response rate of nearly 19 percent.

Many women taking treatment in Victorian psychiatric wards have complained about harassment and sexual assaults by male patients inside the mixed wards.

Experts say the results, which will be published on the Air Force website will be important for the Air Force and the entire military, as top officials will be forced to acknowledge and confront the scope of the problem for the first time.


Charlene Bradley, an air force assistant deputy for force management integration said: " If we're ever going to get to the point where we know how much progress we're making or not making, our leadership has to find out the extent of the problem," adding that the Air Force leadership was "very concerned" when they reviewed the survey's findings.

A 55-year-old Chinese herbalist was arrested on Wednesday by Sydney police for alleged sexual assaults of patients.

She added: "They were concerned before, but they were very concerned when they saw this."

It is expected to serve as a new base for tracking the crime. The survey is likely to be conducted every 18 to 24 months, says Bradley.

The survey has brought out that a majority of assaults were against women, nearly 80 percent and the perpetrators are fellow US service members.

Bradley says: "The survey was designed to help the Air Force evaluate its prevention programs to find out "how much progress we're making or not making."

The survey makes it clear that only a small percentage of victims reported the crimes and in order to control this it was important to change this fact.

A majority of those who were victims of unwanted sex said they did not think it was serious enough to report.

To overcome this problem, the Air Force is making large scale efforts on a bystander training program as the findings suggest that many victims of assault do tell a friend or fellow airmen, whether they officially report the crime or not.

Bradley said that the Air Force has full-time trained sexual assault response coordinators (SARCs), at every base, as well as volunteer victim advocates.

David Lisak, sexual assault specialist and clinical psychologist at the University of Massachusetts, Boston said that the Air Force is also focusing on better training for military lawyers who in many cases have little experience compared to the specialized civilian sexual-assault defense lawyers that many alleged perpetrators hire.

Neglect as Harmful to Children as Physical or Sexual Abuse: Study

An Australian study has pointed out that child neglect could be as harmful to children's cognitive development as physical and sexual abuse.
<< New Findings on DNA Maintenance
Epilepsy Origin Identified >>

Fifteen Women Soldiers Sent Home from Afghanisthan Due to Pregnancy