Separation from Mothers During the Initial Years can Lead to Hyperactivity, Anxiety 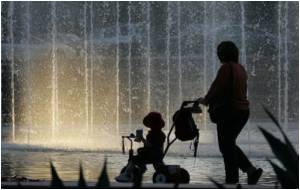 A new study conducted on mice showed that early weaning and separation from mothers caused hyperactivity and anxiety.

Researchers described the development of this new behavioural model, which they hope to use to investigate the long-term effects of early childhood neglect in people.

Research Explains Why Our Brains Let Anxiety Trip It Up

Arthur Simen and a team of researchers from Yale University tested their 'Maternal separation with early weaning' (MSEW) model in a group of 80 male mice.


He said, "Childhood adversity, in the form of abuse and neglect, is prevalent throughout the world and poses a significant public health problem. Unfortunately, the underlying molecular mechanisms of the consequences of early life neglect remain largely unknown.

Scientists in the US have found that the active ingredient of magic mushrooms, psilocybin, can reduce anxiety and improve mood in people with cancer.
Advertisement
"To address this, we devised a method of maternal separation that combines several published protocols in order to increase the likelihood of observing a reliable behavioral effect while minimizing fatalities to the developing offspring."

The mice exposed to this treatment were found to be hyperactive and anxious, compared to control animals as determined by open field, forced swim and maze tests.

However their body weight and metabolite levels were found unchanged revealing that nutritional deficiency was not the cause of the observed behavior.

Speaking about the results, Simen said, "MSEW is a novel paradigm with excellent face validity that allows for in depth examination of the behavioral and neurobiological effects of maternal separation".

The findings appeared in the open access journal BMC Neuroscience.

Taking medications to treat insomnia and anxiety increases mortality risk by 36%, according to a study conducted by Geneviève Belleville.
Advertisement
<< Texting Bans may Not Help Promote Road Safety: Study
Beware of Cotton Swabs! >>

More News on:
Asperger´s Syndrome Stress Relief Through Alternative Medicine Hyperventilation Xenophobia The Magic Feeling of Being A Mother

Separation from Mothers During the Initial Years can Lead to Hyperactivity, Anxiety Personalised Printable Document (PDF)