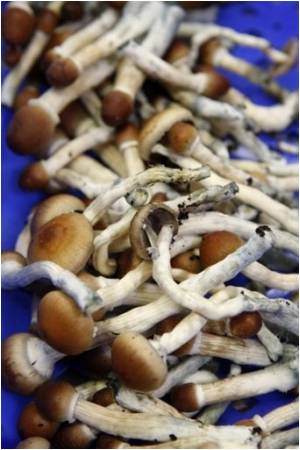 Scientists in the US have found that the active ingredient of magic mushrooms, psilocybin, can reduce anxiety and improve mood in people with cancer.

The volunteers received one dose of psilocybin or the vitamin niacin, reports New Scientist.


Several weeks later they received the other treatment. The volunteers' heart rate, blood pressure and temperature were monitored throughout each treatment. They were also assessed for levels of depression, anxiety and mood.

Valuable tips to keep yourself cool in adverse situations
Advertisement
Volunteers reported feeling less depressed and anxious two weeks after receiving psilocybin but not two weeks after niacin alone. Six months later, the level of depression was significantly lower in all volunteers than it had been before the treatments began.

The report has been published in the Archives of General Psychiatry, DOI.

People are more alert when their brains are producing the neurotransmitters dopamine and norepinephrine, ...

Are you irritable or in a bad mood? Learn how you can overcome bad mood with some simple changes to your ...