Under new legislation, foreigners living in Spain without residency permits were to be denied treatment at public hospitals unless they were under 18, pregnant, or in case of an accident or other medical emergency.

The law tightened the rules for immigrants to get the national health card that entitles them to treatment. Previously they could get the card simply by registering as living in Spain, without a full residency permit.


A health ministry official told AFP Friday that the undocumented migrants would now be treated under the same system used for temporary foreign visitors to Spain.

"Treatment will be billed to their countries," the official said, with the system applying to European countries and in cases "where there are bilateral agreements, as for example with Ecuador and Morocco."

Under pressure to cut Spain's deficit, the conservative government has said restricting free healthcare to undocumented immigrants and curbing "health tourism" by Europeans will save a billion euros ($1.2 billion) a year.

The health reform outraged immigrants' rights groups and hundreds of doctors rebelled, saying they would continue to treat undocumented immigrants after the law comes into force in September.

People not covered by the health system in their countries of origin or whose countries do not have an accord with Spain "will be charged themselves, or their private insurance," the ministry official said.

Media have estimated the number of undocumented immigrants in Spain at about half a million.

Assamese Artists Receive Health Insurance, Financial Assistance Granted by NGO
Health is no longer a concern to artists, since a Northeast-based NGO has initiated health insurance and financial assistance schemes for them.
READ MORE

Report Says 46 Million Americans Lack Health Insurance
A recent US survey says that a total of 46.3 million people in the United States do not have health coverage.
READ MORE 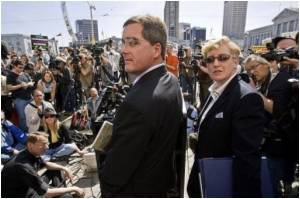