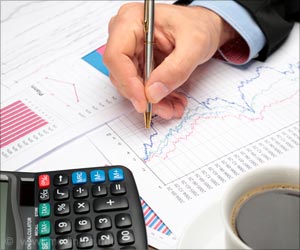 Supreme Court scrapped the upper age limit of 25 years for those aspiring to appear in the National Eligibility Entrance Test (NEET) for medical education, saying that the CBSE could not have fixed the age limit by way of notice on the MCI's instructions.

Directing that all the candidates desirous of appearing in NEET would be allowed to fill up the forms on the online portal of the CBSE by April 5, a bench of Justice Dipak Misra and Justice A.M. Khanwilkar said, "We, prima facie, find, such an age limit could not have been determined by way of a notice (by the CBSE) on the basis of the instructions issued by the Medical Council of India (MCI) ..."

The Indian Health Minister J.P. Nadda said a total of 100 institutions would be upgraded as medical colleges, which will add 10,000 new doctors every year.
Advertisement
‘SC scrapped the upper age limit of 25 years for those aspiring to appear in the National Eligibility Entrance Test (NEET) for medical education.’

It said that any form submitted beyond April 5 will not be accepted.


Noting that the Central Board of Secondary Education (CBSE) would be facing some difficulty, the court in its order directed that "if the competent authority of the CBSE seeks any logistic support from the agencies for having additional centres", the District Collector or the Commissioner "will extend all the support so that the forms are accepted and the examinations are held on the date fixed."

A recent study examined that millenial generation's learning preferences in medical education.
Advertisement
The apex court also held that if any high court has passed any order contrary to the present order, the CBSE "shall be bound by the order passed by this Court as far as the cut-off date is concerned".

"No High Court in the country shall interfere with regard to any litigation pertaining to choosing/allocation of centres," it said. The court order came on the petitions seeking the quashing of January 31, 2017 admission notice that had fixed the maximum age of 25 years for NEET aspirants.

Appearing for the petitioner candidates, senior counsel Amarendra Sharan and Indu Malhotra had contended that in the absence of regulations by the MCI on the age limit, the same could not have been done by merely issuing a notice.

The Indian Medical Association has sent a letter to the Government asking it to rescue the students studying in various medical colleges that come under the Employment State Insurance Corporation.
Advertisement
<< Pakistani Literates Refuse to Vaccinate Their Children
To Address Over-Consumption, Policy Changes Are Required >>

Evolution of Diversity in Medical Education

A perspective piece in this week's issue of the New England Journal of Medicine addresses the evolution of diversity in medical education.

Sinopril (2mg) (Lacidipine) Daily Calorie Requirements Hearing Loss Calculator Find a Hospital Color Blindness Calculator Drug Side Effects Calculator Indian Medical Journals Blood Pressure Calculator Find a Doctor Sanatogen
This site uses cookies to deliver our services. By using our site, you acknowledge that you have read and understand our Cookie Policy, Privacy Policy, and our Terms of Use