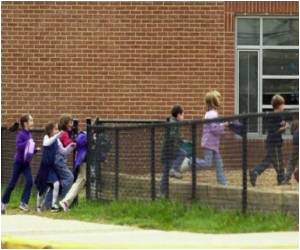 A "Find Me Safe" kit could be the best way to keep children within reach of safety and protection when they are out without supervision.

The kits allow parents to take their child's fingerprints and a DNA sample of their hair in case they are abducted or go missing, reports the Age.

Experts Say 21st Century is the "age of Paranoia"

Faith and trust are a thing of the past, according to British scientists, who claim that the 21st century is the age of paranoia.
Advertisement

In such an event, parents give investigators the kit, which includes a recent photograph, a handwriting recognition card and an information sheet listing the child's height and weight and the position of any scars.


However, critics say manufacturers of these kits and child protection devices such as GPS trackers to monitor a child's whereabouts are simply preying on the fears of a generation of paranoid parents.

Thrill Out of Kidnapping Available for Just 1,000 Pounds

Adventure-loving French people are now turning to a controversial new way of getting their thrills - designer kidnapping.
Advertisement
Parenting author and educator Maggie Dent said parents who did not let their children go out and play on the street or at the local park were making them nervous and anxious and affecting their ability to problem solve in later life.

Tim Cannon, Australian Family Association spokesman, said ''It's shocking to think parents would believe something like this Find Me Safe kit is necessary. It's difficult to make a judgment call that parents are getting more paranoid but they are obviously concerned that communities are not as safe as they once were."

A British charity launched a campaign Monday to teach schoolchildren how to look after drunk friends, after a survey found significant numbers have had to cope with injured or unconscious peers.
Advertisement
Advertisement
This site uses cookies to deliver our services.By using our site, you acknowledge that you have read and understand our Cookie Policy, Privacy Policy, and our Terms of Use  Ok, Got it. Close
×