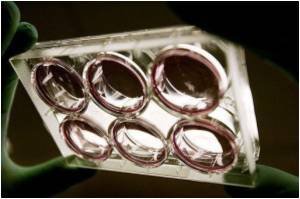 In the recent years 'epigenetics' represents inheritable changes in gene expression that do not include DNA alterations.
Advertisement

To date, variations in a growing number of genes have been implicated in the risk for panic disorder, but the magnitude of the impact of each individual gene is relatively small.The pattern of these implicated genes raises the question of whether there might be molecular "switches" that control the function of groups of genes in a coordinated fashion, which would help to explain the observed findings related to the genetics of panic disorder.A new study published in the current issue of Biological Psychiatry now implicates one type of molecular switch, microRNAs (miRNAs), in panic disorder. Ribonucleic acid (RNA) is the immediate product of DNA. The most commonly discussed products of RNA are proteins, hence the common dictum "DNA makes RNA and RNA makes protein." However, miRNAs are small bits of RNA that bind to DNA and control the expression of various genes. There are a large number of miRNAs that have diverse effects on gene expression. Through case-control studies in three different populations, from Spain, Finland and Estonia, Muiños-Gimeno, Espinosa-Parrilla and colleagues found that at least four miRNAs (miR-22, miR-138-2, miR-148a and miR-488) may be involved in the pathophysiology of panic disorder. Their subsequent functional studies revealed that miR-138-2, miR-148a and miR-488 repress several candidate genes for panic disorder including GABRA6, CCKBR and POMC, respectively, and that miR-22 regulates four other candidate genes: BDNF, HTR2C, MAOA and RGS2. Their analysis also implicated miR-22 and miR-488 in the regulation of anxiety related pathways in the brain."These data provide important new evidence that variation in genes coding for miRNAs may coordinate the involvement of a number of risk genes and thereby contribute to the development of panic disorder," commented Dr. John Krystal, Editor of Biological Psychiatry.

Anxiety attacks, also called panic attacks, can spoil your life. Get your life back by understanding what ...

Symptom of loss of taste usually occurs in combination with loss of smell and can be complete loss or partial ...
This site uses cookies to deliver our services.By using our site, you acknowledge that you have read and understand our Cookie Policy, Privacy Policy, and our Terms of Use  Ok, Got it. Close
×