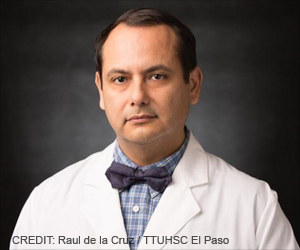 The major barriers to understanding how the lung microbiome changes with tuberculosis are inconsistencies across studies and sampling errors, according to a review.

"Our knowledge of the composition of the lung microbiota in healthy individuals versus those with tuberculosis is disparate thus far," says Jorge Cervantes, M.D., Ph.D., who led the review and is an assistant professor at Texas Tech University Health Sciences Center El Paso (TTUHSC El Paso). "Study results have been conflicting; one may say that bacteria A and B increase with tuberculosis, while another says exactly the opposite."

Patients with tuberculosis should eat a healthy diet so that they build up their immunity to fight against tuberculosis.
Advertisement
‘Identifying how tuberculosis and its treatment can alter the lungs microbiome can lead to new antibiotics and alternative approaches to treat the disease.’

Although tuberculosis is treatable, antibiotic-resistant tuberculosis is a growing concern in the U.S. and other countries. The development has prompted a fervent search for new antibiotics and alternative approaches to fighting tuberculosis, such as studying how the disease, and its treatment, alter the lung's microbiome. Previously considered sterile and void of any microbial communities, the lungs were recently found to harbor their own flora. The discovery has prompted new studies on how the microbiome behaves in various pulmonary diseases, including tuberculosis.


"Resistance develops more often than most people think; it's a huge public health problem," Dr. Cervantes explains. "[Tuberculosis] is almost a death sentence when it progresses to extreme drug resistance; it means there are no more options."

Screening recommendation indicate that there is high certainty that the net benefit is moderate, or there is moderate certainty that the net benefit is moderate to substantial.
Advertisement
But six recent studies offer no consensus on how the disease affects the richness and abundance of bacterial species in the lungs, Dr. Cervantes says. Geographic differences between the studies -- some took place in India, and others in China -- may partially explain these contrasting results. However, Dr. Cervantes and his team suggest that the main reason for these disparities is how researchers go about sampling bacteria from the lung.

Lung bacterial samples can be obtained several different ways. Patients can be induced to cough up sputum, or lung secretions, that can then be analyzed. Though simple, sputum collection risks contamination. As the sputum is coughed up from the lung, bacteria from the mouth and throat microbiome can latch on, contaminating the lung microbiome sample.

Bronchoalveolar lavage is a more credible, but invasive option. The procedure requires passing a bronchoscope through the mouth or nose into the lungs to collect a sample directly from the source. Only one of the studies that Dr. Cervantes and his team reviewed used this approach.

"We understand that it is hard to get volunteers for a bronchoalveolar lavage," Cervantes explains. "But ideally, we would like to see that studies are conducting research using the same, dependable sampling method."

The team concludes that further studies on the lung microbiome are necessary to understand how tuberculosis affects it. Still, the team suspects that maintaining a healthy diversity of the bacterial communities in the body with probiotics could play an important role in treating tuberculosis; currently, the disease is treated with broad-spectrum antibiotics -- drugs that kill both good and bad bacteria.

"This research is virgin territory," says Dr. Cervantes. "There are a lot of things that we still don't know that only a meta-analysis of these studies will be able to tell us."

The study is published in Clinical Microbiology Reviews.

A Britain-based technology company has claimed to have developed a smartphone-sized handheld DNA analyser that may diagnose tuberculosis in flat 15-20 minutes.
Advertisement
<< Antimicrobials in Indoor Dust Could Increase Antibiotic Resi...
Glycemic Index Could be an Unreliable Indicator of Blood Su... >>

Find a Hospital Nutam (400mg) (Piracetam) The Essence of Yoga Iron Intake Calculator Find a Doctor Post-Nasal Drip Pregnancy Confirmation Calculator Blood Pressure Calculator Drug - Food Interactions Daily Calorie Requirements
This site uses cookies to deliver our services.By using our site, you acknowledge that you have read and understand our Cookie Policy, Privacy Policy, and our Terms of Use  Ok, Got it. Close
×