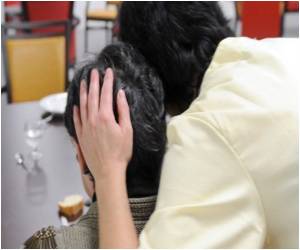 Researchers claim that the incarceration rate has nearly quadrupled since the U.S. declared a war on drugs. Along with that, racial disparities abound.

Incarceration rates for black Americans are more than six times higher than those for white Americans, according to the U.S. Bureau of Justice Statistics.

There has been a negative impact of Federal restrictions on including prisoners in medical research, involving the disproportionately imprisoned black men, suggests a study.
Advertisement

To explain these growing racial disparities, researchers at Virginia Tech are using the same modeling techniques used for infectious disease outbreaks to take on the mass incarceration problem.


By treating incarceration as an infectious disease, the scientists demonstrated that small but significant differences in prison sentences can lead to large differences in incarceration rates. The research was published in June in the Journal of the Royal Society Interface.

In a recent study it was found that incarceration seems to lead to some of the mood related psychiatric disorders, such as major depression in current and former inmates of correctional institutions.
Advertisement
Incarceration can be "transmitted" to others, the researchers say. For instance, incarceration can increase family members' emotional and economic stress or expose family and friends to a network of criminals, and these factors can lead to criminal activity.

Alternatively, "official bias" leads police and the courts to pay more attention to the incarcerated person's family and friends, thereby increasing the probability they will be caught, prosecuted and processed by the criminal justice system, researchers said.

"Regardless of the specific mechanisms involved," said Kristian Lum, a former statistician at the Virginia Bioinformatics Institute now working for DataPad, "the incarceration of one family member increases the likelihood of other family members and friends being incarcerated."

Building on this insight, incarceration is treated like a disease in the model and the incarcerated are infectious to their social contacts  their family members and friends most likely affected by their incarceration.

"Criminologists have long recognized that social networks play an important role in criminal behavior, the control of criminal behavior, and the re-entry of prisoners into society," said James Hawdon, a professor of sociology in the College of Liberal Arts and Human Sciences. "We therefore thought we should test if networks also played a role in the incarceration epidemic. Our model suggests they do."

The researchers' model is comparable to real-world incarceration rates, reproducing many facets of incarceration in the United States.

Both the model and actual statistics show large discrepancies in incarceration rates between black and white Americans and, subsequently, the likelihood of becoming a repeat offender is high.

Comparisons such as these can be used to validate the assumption that incarceration is infectious.

"Research clearly shows that this epidemic has had devastating effects on individuals, families, and entire communities," Lum said. "Since our model captures the emergent properties of the incarceration epidemic, we can use it to test policy options designed to reverse it."

Harsher sentencing may actually result in higher levels of criminality. Examining the role of social influence is an important step in reducing the growing incarceration epidemic.

Accident and Trauma Care The Essence of Yoga Nutam (400mg) (Piracetam) Blood - Sugar Chart Find a Hospital Drug Side Effects Calculator Calculate Ideal Weight for Infants Blood Pressure Calculator Vent Forte (Theophylline) Blood Donation - Recipients
This site uses cookies to deliver our services. By using our site, you acknowledge that you have read and understand our Cookie Policy, Privacy Policy, and our Terms of Use