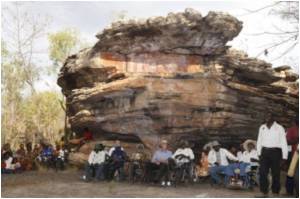 Aboriginal youngsters are 25 times more prone to incarceration as opposed to their non-indigenous counterpart.

They are also much more likely to be the subject of child abuse notifications and protection orders.

ccording to The Age, the Australian Bureau of Statistics figures also show that adult prisoners are 18 times more likely to be indigenous than non-indigenous, more than double the figure 20 years ago.

"I think it's shameful that in a 20-year period those figures have actually increased," said Shane Duffy, chairman of the Aboriginal and Torres Strait Islander Legal Service Forum.

High Risk Behaviors of Obese Adolescents - How Normal Is It?

Extremely obese teens are just as likely to engage in risky behaviors as their normal-weight peers, but in more dangerous ways.
Advertisement
Duffy said that while governments often had the best of intentions, "they still fail to see the need for rehabilitation and diversionary centres for our people who are addicted to drugs and alcohol. They still fail to adequately fund alternative dispute resolution processes."

Aborigines in prison for murder or sexual assault are more than twice as likely as their non-indigenous counterparts to have been in prison before.

White adolescents are significantly more likely to receive antihypertensive drugs compared with black subjects. Is it race discrimination?
Advertisement
Advertisement
This site uses cookies to deliver our services.By using our site, you acknowledge that you have read and understand our Cookie Policy, Privacy Policy, and our Terms of Use  Ok, Got it. Close
×