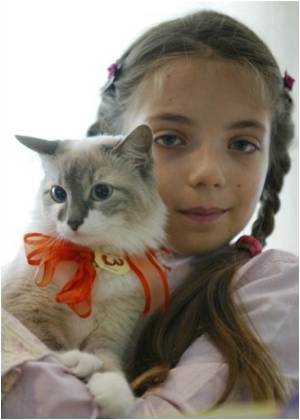 Researchers at McMaster University have developed a new vaccine that could successfully treat cat allergies, promising relief to those who suffer from itching, watering eyes and sneezing.

Immunologist Mark Larche, professor in the Department of Medicine in the Michael G. DeGroote School of Medicine and Canada Research Chair in Allergy and Immune Tolerance and his team have developed a vaccine which is effective and safe with almost no side effects.

A cell component which plays a key role in triggering allergic responses to cat dander has been identified by researchers.
Advertisement

They took one protein (molecule) that cats secrete on their fur, which causes the majority of allergic problems.


Using blood samples from 100 patient volunteers allergic to cats, they deconstructed the molecule and identified short regions within the protein, which activate T-cells (helper cells that fight infection) in the immune system.

According to a study by researchers at the National Institutes of Health (NIH) has found further evidence to support the theory that allergy is a major factor in asthma.
Advertisement
Using the amino acid code for the whole protein, the researchers made synthetic versions of these regions. For the cat allergy vaccine, they found seven peptides (strings of amino acids).

"And those synthetic peptides are what we mix together to make the vaccine," said Larche.

"We picked the peptides that would work in as much of the population as possible," he added.

Known as "peptide immunotherapy", a low dose of the vaccine is given into the skin. Initially, four to eight doses a year may be required, but the side effects of the traditional allergy shots do not arise, said Larche.

The optimal dose will be determined in phase three clinical trials, which are getting underway with a much larger group of cat allergy sufferers.

The development of a vaccine to treat people allergic to cats is the first in a line of vaccines.

The research has been published the issue of the Journal of Allergy and Clinical Immunology.

Increased exposure to cat allergen is associated with greater bronchial responsiveness (BR) in people with certain common allergies, even if they are not specifically allergic to cats.
Advertisement
Advertisement

Over-the-counter (OTC) drugs can be bought without a prescription. OTC allergy medications are for the ...

Do seasonal allergy medications provide relief from sniffling and sneezing? Yes, they act as anti-allergy ...