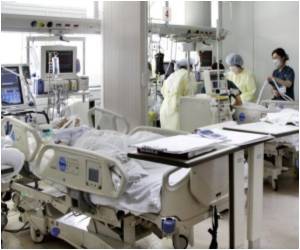 A new role for a biological pathway that not only signals the body's metabolic response to nutritional changes, but also affects lifespan has been identified by researchers.

The study was conducted on Caenorhabditis elegans (nematodes or roundworms), which are a widely accepted model for human aging research.

"Not only have we been able to identify some of these molecules for the first time in the worm, but we have also been able to show they act as a signal of nutrient availability and ultimately influence the worm's lifespan," said Matthew Gill, an assistant professor in the Scripps Research Department of Metabolism and Aging.


"What makes this important is that the same molecules are present in both humans and C. elegans, so these molecules may play similar roles in both organisms."

Is there anyone in this world who fails to be swayed by the magic of youth? None, for when youth explodes joyously all Nature smiles!
Advertisement
The molecules identified in the new study are N-acylethanolamines (NAEs), a group of signaling molecules derived from lipids that help indicate nutrient availability in the environment and maintain an animal's internal energy balance.

In the study, Gill and his colleagues showed that NAE abundance in the worm is reduced during periods of dietary restriction, and that NAE deficiency in the presence of abundant food is sufficient to extend the animal's lifespan.

"It is well known that if you put C. elegans on a restricted diet, you can extend its lifespan by 40 to 50 percent," Gill said.

"However, we were amazed to see that if you add back just one of these NAE molecules, eicosapentaenoyl ethanolamide, it completely abrogates the lifespan extension," he added.

The study was recently published in the issue of the journal Nature.