Research on How Aging is Interrupted 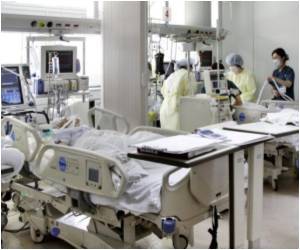 The process of ageing continues to mystify scientists.

"There is also evidence that defective lamin A accumulates during the normal aging process via the sporadic use of the alternative splice site, " explains Izpisua Belmonte. "Therefore we are very keen on using our in vitro iPS cell-based model to identify new aging markers and explore other aspects of human premature and physiological aging."

Compared to normal skin fibroblasts, cells from Progeria patients have misshapen nuclei and a range of other nuclear defects, including a disorganized nuclear lamina, loss of super-condensed DNA, telomere shortening and genomic instability. Yet, despite their "old" appearance and characteristics, these cells could be readily converted into iPS cells.

Sleep is a barometer of good health in the elderly. Sleep problems in the elderly are controlled by various external and internal factors.
Advertisement
Since lamin A is only expressed in differentiated cells but is absent from embryonic stem cells, he wondered whether iPS cells produce lamin A and/or progerin, which should follow the same expression pattern as lamin A. In his experiments, he couldn't detect either one. "The biological clock is reset in these cells because lamin A is silenced," explains Liu.

Upon directed differentiation of Progeria-derived iPS cells into smooth muscle cells the premature aging phenotype, including misshapen nuclei, the loss of gene silencing marks and compromised proliferation, reappeared. Genetically modifying progeria-derived iPS cells to shut down the expression of progerin staved off the premature appearance of aging phenotypes after differentiation. "Transplantation of the progenitor cells derived from the "corrected" progeria iPS cells might hold the promise to treat these progeria children in the future." says Liu.

Is there anyone in this world who fails to be swayed by the magic of youth? None, for when youth explodes joyously all Nature smiles!
Advertisement
<< Children can Breathe Easily Using Microbes
Medical Students Must be Taught Health Policy Issues Facing... >>

Research on How Aging is Interrupted Personalised Printable Document (PDF)