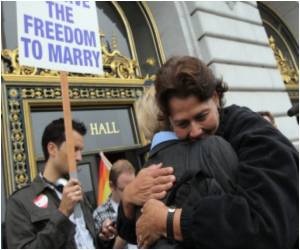 Researchers need to proactively engage lesbian, gay, bisexual, and transgender people in health studies and collect data on these populations to identify and better understand health conditions that affect them, says a new report from the Institute of Medicine. The scarcity of research yields an incomplete picture of LGBT health status and needs, which is further fragmented by the tendency to treat sexual and gender minorities as a single homogeneous group, said the committee that wrote the report.

The report provides a thorough compilation of what is known about the health of each of these groups at different stages of life and outlines an agenda for the research and data collection necessary to form a fuller understanding.

"It's easy to assume that because we are all humans, gender, race, or other characteristics of study participants shouldn't matter in health research, but they certainly do," said committee chair Robert Graham, professor of family medicine and public health sciences and Robert and Myfanwy Smith Chair, department of family medicine, University of Cincinnati College of Medicine, Cincinnati. "It was only when researchers made deliberate efforts to engage women and racial and ethnic minorities in studies that we discovered differences in how some diseases occur in and affect specific populations. Routine collection of information on race and ethnicity has expanded our understanding of conditions that are more prevalent among various groups or that affect them differently. We should strive for the same attention to and engagement of sexual and gender minorities in health research."


Because LGBT individuals make up a minority of the population, researchers face challenges in recruiting sufficient numbers of these individuals in general population surveys to yield meaningful data. Stigma experienced by gender and sexual minorities can make them reluctant to disclose their orientation, worsening the problem. Moreover, it is difficult to synthesize data about these groups when studies and surveys use a variety of ways to define them.

Lesbian, gay and bisexual (LGB) individuals, who live in states that instituted bans on same-sex marriage are more at risk of developing psychiatric disorders, according to a new study.
Advertisement
Because demographic data provide the foundation for understanding any population's status and needs, federally funded surveys should proactively collect data on sexual orientation and gender identity, just as they routinely gather information on race and ethnicity, the report says. Information on patients' sexual orientation and gender identity also should be collected in electronic health records, provided that privacy concerns can be satisfactorily addressed, the committee said. The National Institutes of Health should support the development of standardized measures of sexual orientation and gender identity for use in federal surveys and other means of data collection.

In addition, NIH should provide training opportunities in conducting research with LGBT populations. Training should engage researchers who are not specifically studying LGBT health issues as well as those who are. The agency also should use its policy on the inclusion of women and racial and ethnic minorities in clinical research as a model to encourage grant applicants to address how their proposed studies will include or exclude sexual and gender minorities.