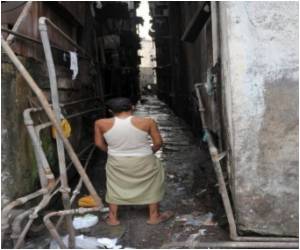 On Tuesday, The United Nations Children's Fund (UNICEF) emphasised the urgency for India, the first among 12 countries where open defecation occurs, to check and curtail the practice. It also asked to reduce the high rate of water-borne disease in rural communities.

According to the recently released Joint Monitoring Programme (JMP) by World Health Organisation (WHO) and UNICEF, about 626 million people or nearly 51 percent of the population in India still defecate in the open.

"The message of hygiene and sanitation needs more priority, particularly in rural areas. Efforts to curb the habit of open defecation should be instilled among the common man, as it is a major public health concern," said UNICEF-India water and sanitation specialist Aidan Cronin.


According to the JMP, India ranks first among the 12 countries which practise open defecation, followed by Indonesia, Pakistan, Ethiopia, Nigeria, Sudan, Nepal, China, Niger, Burkina Faso, Mozambique and Cambodia.
Advertisement
"It is a major public health concern. This habit of the countrymen makes people prone to water-borne diseases. Due to open defecation, various sources of water get contaminated. This water consumed by people can result in various illnesses like diarrhoea and pneumonia," Cronin added.

"We are also trying to get down the number of people defecating in the open by talking to people in rural areas, particularly children, and advocating the use of toilets," he added.

Amoebic Dysentery
Amoebic dysentery or amoebiasis is an infection of the intestine that causes diarrhoea most ......