Reducing Salt Could Save Lives in US

Using computer simulations and models researchers projected the effects of small (about 5 percent of a teaspoon of salt per person per day), steady annual reductions of sodium consumption in the U.S. diet, reducing sodium consumption by 40 percent to about 2,200 mg/day over 10 years.


Three research groups contributed to the study, each using a different approach for their simulation. One approach used observational cardiovascular outcome follow-up data, while the other two based their projections on established evidence that salt reduction lowers blood pressure. These two groups inferred the cardiovascular effects of reducing sodium from data about the relationship of blood pressure to cardiovascular disease.

"The research groups used the same target populations and baseline death rates for each projection, and our study found that the different sources of evidence for the cardiovascular effects of sodium led to similar projected outcomes," said Pamela Coxson, Ph.D., lead author of the study and a mathematics specialist in the department of medicine at the University of California San Francisco (UCSF).

"It is helpful when three research groups use different approaches and come up with similar results," said Kirsten Bibbins-Domingo, Ph.D, M.D., senior author of the study and associate professor of medicine at UCSF and director of the UCSF Center for Vulnerable Populations.

Currently the U.S. food supply makes it difficult for Americans to choose lower sodium foods and achieve recommended daily levels. Americans consume an average 3,600 mg of sodium a day, with about 80 percent coming from commercially prepared and processed foods, according to the researchers.

"These findings strengthen our understanding that sodium reduction is beneficial to people at all ages," Coxson said. "Even small, gradual reductions in sodium intake would result in substantial mortality benefits across the population."

"Such gradual reductions could be achieved through a combination of consumer education and food labeling, but should likely also include regulation to assure that lower sodium options are available for US consumers," said Bibbins-Domingo.

The American Heart Association recommends consuming less than 1,500 mg of sodium daily, and has called on the Food and Drug Administration to lower the daily value for sodium and set limits on the amount of sodium foods can contain. The association also favors robust sodium standards for foods served in schools and purchased by governments and encourages the food industry to make meaningful efforts at reducing sodium which would provide consumers with greater choice in foods and a healthier overall food environment. There are a number of healthy recipes and tips for helping you reduce salt in your diet.

Quiz on Salt in Our Food
Salt is the most important item in our food. Without salt, the food tastes bland and flavorless. It was so important historically that people used it as a currency. But too much salt consumption can lead to many health problems such as high blood ...
READ MORE 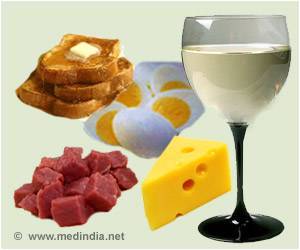