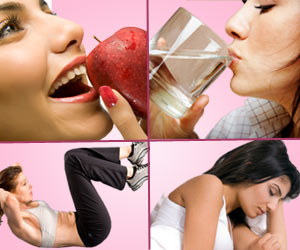 A big send off was given to Sylvia Woods, affectionately known as the 'Queen Of Soul Food' ahead of her burial in New York. Sylvia's famed Harlem restaurant served everybody from Muhammad Ali to Bill Clinton.

Mourners flocked to a historic African American church in Harlem where Woods, who died last week at 86, lay in an open coffin Tuesday, surrounded by white roses.

Although the Sylvia Woods restaurant will be kept open by family, Woods' death marked the end of an era. Mayor Michael Bloomberg delivered a eulogy at the Abyssinian Baptist Church, while veteran civil rights leader Al Sharpton was to speak at Wednesday's funeral.

They came for the mouth-watering if greasy southern cooking known as soul food -- and they came for Woods' legendary warm welcome.

"I went to her restaurant a lot and I wanted to pay my respects," said John Carton, 57, wearing a Yankees baseball cap. "As famous as she was, people there were always friendly."

The restaurant served fried chicken, corn bread, sweet yams and other southern comfort food. But for outsiders, it was also a chance to experience true Harlem culture in a place that featured in Spike Lee's film "Jungle Fever" and which despite the tourists remained authentic.

"She brought the world to Harlem, and she made sure that the world took Harlem back home with them," Bloomberg said at her wake.

"As we speak, families around the globe are packing their bags for a visit to New York City -- with a visit to Harlem and Sylvia's restaurant right in the center of their plans."

And if the restaurant was a Harlem institution, Woods herself was more than a mere businesswoman.

On Tuesday, mourners from all walks of life filed past her coffin where she lay dressed in a gold-inlaid, ivory-colored jacket. Some held her cold hands, others prayed. One woman, wearing a church-going hat, could be seen talking directly to the dead culinary matriarch.

"She was a second mother to me," one man said as he went into the wake.

Indeed, Woods had many honorary children.

"She was like a second mother to me," echoed Edith Small, 58, after paying her last respects. "I worked for her for 2-1/2 years and she was a beautiful person. I called her Mother Sylvia and when my own mother got sick there wasn't a day she didn't ask me about her."

That sense of community isn't always present in Harlem, which despite a rich history of African American culture has also been long plagued by poverty and violent crime.

Woods' reputation for giving food and jobs to the needy, while also building a thriving food business around the restaurant, meant she anchored the neighborhood on many levels.

Most of all, fans of all stripes remember the delicious food -- made from recipes rooted in the old southern slave states, and then transformed into an emblem of Harlem at its best.

"It was a community place where everyone talked to everyone and ate too much," Sophie Balczeka, 60, said, after pushing another soul food fan, 80-year-old Viola Borden, in her wheelchair to the church.

"What's soul food? It's comforting and very filling and has plenty of bad things like salt and sugar, so you fill your stomach and it pushes up your soul," Balczeka said with a smile. "Then you know you've had a good meal."

Source: AFP
Advertisement
<< Race, Insurance Status Related to Likelihood of Being Asses...
Dormant HIV Being Flushed Out By Cancer Drug >>