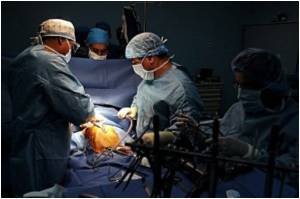 Study results published in the July edition of Circulation: Cardiovascular Quality and Outcomes, an American Heart Association journal indicated that using a standardized protocol within a regional health network, a multidisciplinary acute aortic dissection (AAD) program resulted in a 43 percent reduction in time to diagnosis for all AAD patients over the course of five years.

While the incidence rate of AAD is rareapproximately three cases per 100,000 persons annuallythese patients have an in-hospital mortality rate of 26 percent, and for those patients with type A aortic dissection, the mortality risk is 1 percent to 2 percent per hour until emergency surgical repair is performed. "It is therefore critical that AAD be recognized promptly and that surgical care be provided expeditiously," according to background information of the study.


"Aortic dissection has a much higher mortality rate than more prolific disease states, such as severe heart attacks," explained Kevin M. Harris, MD, who is co-director of the Acute Aortic Dissection Program at the Minneapolis Heart Institute® at Abbott Northwestern Hospital in Minneapolis, Minn.


The International Registry of Acute Aortic Dissection (IRAD) estimates that the average time between an emergency room arrival and the diagnosis of acute aortic dissections is 4.3 hours.

In an effort to accelerate the time between hospital arrival to diagnosis and diagnosis to intervention, Harris and his colleagues at the Minneapolis Heart Institute® and Minneapolis Heart Institute Foundation established quality improvement protocols and standardized care measures throughout 32 community hospitals in Minnesota, North Dakota and western Wisconsin. As part of an ongoing AAD educational program, the participating facilities received more than 60 lectures and training sessions on AAD and received program-related protocols and toolkits.

"The time was reduced from 279 minutes to 160 minutes, which equates to a two-hour time savings," said Dr. Harris.

The study authors noted that no new technologies or significant financial costs were required to implement the program. "This systematic approach to AAD care represents a new paradigm for the treatment of this life-threatening condition," they concluded.