PTSD is Linked to Other Diseases in Fundamental and Surprising Ways 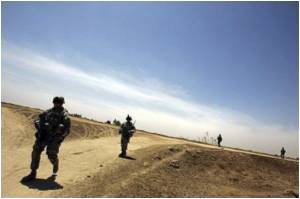 Post-traumatic stress disorder (PTSD) has become a prominent concern in American medical institutions and the culture at-large, with a new generation of military veterans returning home from Afghanistan and Iraq.

Estimates indicate that as many as 35 percent of personnel deployed to Iraq and Afghanistan suffer from PTSD. New research from the University of South Carolina School of Medicine is shedding light on how PTSD is linked to other diseases in fundamental and surprising ways.

The rise in PTSD has implications beyond the impact of the psychiatric disorder and its immediate consequences, which include elevated suicide risk and inability to lead a normal life, that result in approximately $3 billion in lost productivity every year. Over time, these PTSD patients will continue to experience increased risks of a myriad of medical conditions like cardiovascular disease, diabetes, gastrointestinal disease, fibromyalgia, musculoskeletal disorders and others, all of which share chronic inflammation as a common underlying cause.


The mechanisms that trigger PTSD, and that cause PTSD patients to suffer from higher rates of chronic-inflammation-related medical conditions remain unknown. Additionally, PTSD is incurable, and though there are available treatments, they are often not completely effective. In an effort to get to the root of PTSD, and begin to understand the links between PTSD and the secondary diseases that often come with it, a team at the University of South Carolina School of Medicine is investigating PTSD through the lens of inflammation. They have recently published findings of a new study, "Dysregulation in microRNA Expression is Associated with Alterations in Immune Functions in Combat Veterans with Post-traumatic Stress Disorder," in the journal PLOS ONE.
Advertisement
In this study, led by Drs. Prakash Nagarkatti and Mitzi Nagarkatti, the authors investigated microRNA profiles and tried to establish a link between the microRNA and inflammation in combat veterans of the Persian Gulf, Iraq and Afghanistan wars who are PTSD patients at the Dorn VA Medical Center. MicroRNA are small, noncoding RNA that can switch human genes on and off, effectively controlling gene expression. Some specific types of microRNA are known to regulate genes involved in inflammation, making them a kind of marker that can indicate when inflammation is present.

Dr. Mitzi Nagarkatti sums up the significance of this study as follows: "We are very excited about these results. Thus far, no one had looked at the role of microRNA in the blood of PTSD patients. Thus, our finding that the alterations in these small molecules are connected to higher inflammation seen in these patients is very interesting and helps establish the connection between war trauma and microRNA changes."

In addition to the alterations in microRNA expression, the study also found that PTSD patients had higher levels of inflammation caused by certain types of immune cells called T cells. These T cells produced higher levels of inflammatory mediators called cytokines, specifically interferon-gamma and interleukin-17. This finding was especially interesting because one of the inflammation-associated microRNAs, miR-125a, which specifically targets increased production of interferon-gamma, was found to have decreased expression in the PTSD patients studied. Overall, these results suggested that trauma may cause alterations in the expression of microRNA which promote inflammation in PTSD patients.

Commenting on this, Dr. Prakash Nagarkatti said, "These studies form the foundation to further analyze the role of microRNA in PTSD. Trauma experienced during war may trigger changes in microRNA which may in turn cause various clinical disorders seen in PTSD patients. Our long-term goal is to identify whether PTSD patients express a unique signature profile of microRNA which can be used towards early detection, prevention and treatment of PTSD."