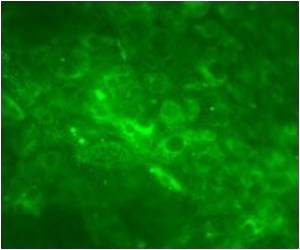 The immune system has a type of cell that could be set-off by tissues within the body to remind the immune system not to attack our own molecules, cells and organs, discovered UCSF researchers.

The discovery is likely to lead to new strategies for fighting a range of autoimmune diseases - in which the immune system attacks and harms specific molecules and cells within us - as well as for preventing transplant rejection, according to UCSF researchers who report their findings in the November 27 online edition of the journal Nature.
Advertisement

The cells tracked by the UCSF researchers circulate in the blood and are counterparts of the memory cells that help ward off microbial foes following vaccination or repeated exposure to the same pathogen.


UCSF immunologist and chair of the Department of Pathology Abul Abbas, MBBS; Michael Rosenblum, MD, PhD, an assistant professor with the UCSF Department of Dermatology; and UCSF postdoctoral fellow Iris Gratz, PhD, used a mouse model of autoimmune disease to discover a role in immune system memory for cells called activated T regulatory cells.
Advertisement
They found that over time a tissue within the body - in this case, skin - defends itself from autoimmune attack by protectively activating a small fraction of T regulatory cells.

"It's a novel concept - that tissues remember," Abbas said. "Subsequent exposure to the same protein that elicited autoimmunity in that tissue may lead to less severe inflammatory disease."

Autoimmune diseases, ranging from minor to severe, affect an estimated 50 million Americans. Immunologists had for decades blamed these diseases on faulty functioning of immune cells known as lymphocytes, including the cells that make antibodies that normally target foreign proteins found on infectious disease pathogens.

In autoimmune disease, lymphocytes may be directed against "self" proteins. In multiple sclerosis, for example, lymphocytes make antibodies that attack proteins in the insulating sheath that surrounds nerves. In lupus, antibodies attack DNA.

The UCSF researchers wanted to explore how autoimmunity may become self-limiting or wane over time. Physicians have observed that in many cases an autoimmune disease that attacks a single organ is worst when it first arises, with later flare-ups becoming less severe.

Similarly, Abbas, Rosenblum and Gratz were curious about the success of desensitization - "allergy shots" - for some allergy patients. Like our own self proteins, allergens such as certain pollens pose no disease threat. But in people with allergies the immune system goes on the attack anyway.

However, with repeated injections, with gradually increased doses of the same allergen, even evil ragweed-induced sneezing, itching and stuffiness can be relieved.

The UCSF scientists genetically engineered a strain of mice in which they could switch on or off the production of a particular self protein, called ovalbumin, in the skin. The mice were triggered to make an overabundance of the protein, which provoked an autoimmune response.

When the researchers again boosted ovalbumin production in the mice it provoked a weaker autoimmune response, due to the presence of already activated T regulatory cells.

T regulatory cells already are being explored in therapies aimed at preventing the rejection of transplanted organs, including treatment developed by a team led by Jeffrey Bluestone, PhD, now UCSF executive vice chancellor and provost.

Although the role of activated T regulatory memory cells had not previously been recognized, "It's the generally accepted success of what the allergists call specific immunotherapy that has led to recent clinical trials of antigen administration in multiple sclerosis and in type 1 diabetes," Abbas said.

Source: Eurekalert
Advertisement
<< Women Who Have Had Children are at Lower Risk of Dying from...
Man Who Swallowed Coins, Iron Pellets, Bolts and Keys Dies ... >>

Do Autoimmune Diseases Affect Pregnancy?
The occurrence of rheumatic diseases before or during pregnancy requires our much-needed attention ....