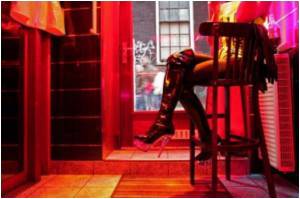 Susan Himel , Ontario Superior Court Justice, has said that the Canadian Prostitution law is unconstitutional as it does not seek to protect sex trade workers.

The decision will allow sex-trade workers to solicit customers openly and paving the way for judges in other Canadian provinces to follow suit.

Judge Himel struck down sections of the Criminal Code that make it illegal to communicate for the purpose of prostitution in public, to keep a "common bawdy house" and to profit from prostitution-related activities.


The decision comes into force in 30 days unless Crown lawyers return with arguments that are strong enough to persuade her to grant a further delay, Judge Himel said.
Advertisement
Her landmark ruling drew immediate criticism in Ottawa, which has little time to regroup and battle the judgment, the Globe and Mail reports.

Federal Justice Minister Rob Nicholson asserted that it is the government's prerogative to decide how best to protect prostitutes and the communities in which they ply their trade.

"The Government is very concerned about the Superior Court's decision and is seriously considering an appeal," he said in a statement.

Judge Himel's 131-page ruling, which took her a year to produce, found that laws set up to protect prostitutes, actually endanger their safety, forcing them to furtively engage in hasty transactions conducted in shady locations.

Accident and Trauma Care Blood Pressure Calculator Calculate Ideal Weight for Infants The Essence of Yoga Sinopril (2mg) (Lacidipine) Drug Side Effects Calculator Drug - Food Interactions Blood - Sugar Chart How to Reduce School Bag Weight - Simple Tips Iron Intake Calculator
This site uses cookies to deliver our services. By using our site, you acknowledge that you have read and understand our Cookie Policy, Privacy Policy, and our Terms of Use