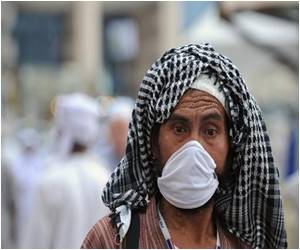 After the death toll from the MERS virus topped 100 in Saudi Arabia, US scientists say they have made progress toward developing treatments for it.

There are currently no vaccines or antiviral treatments for MERS, a severe respiratory disease with a mortality rate of more than 40 percent that was first reported in Saudi Arabia in 2012 and which experts are still struggling to understand.

But now scientists at the Dana-Farber Cancer Institute in Boston have identified natural human antibodies -- proteins made by the immune system that recognize foreign viruses and bacteria -- against the virus that causes MERS.


In laboratory studies reported in the Proceedings of the National Academy of Sciences (PNAS), a scientific journal, researchers found that these "neutralizing" antibodies prevented a key part of the virus, known as MERS CoV, from attaching to protein receptors that allow the virus to infect human cells.
Advertisement
Further experiments are under way that could lead to development of antibody preventives and treatments for MERS, according to the scientists.

The UN agency said the recent cluster of cases among health workers was a cause of concern as the virus had clearly been contracted from a human patient and not directly from an animal host.

Wayne Marasco, who led the research, and his team found the MERS antibodies using a "library" of some 27 billion human antibodies they have created and maintain in a freezer at Dana-Farber.

A neutralizing antibody is one that not only recognizes a specific virus but also prevents it from infecting host cells, so eventually the infection is "cleared" from the individual.

Marasco added that an antibody-based treatment for MERS would be administered by injection and could provide protection for about three weeks.

Alarm Bells Ringing in Mideast Due to Deadly MERS Virus Outbreak
Amid criticism faced that Saudi Arabia was not doing enough to contain the deadly MERS virus, the .....