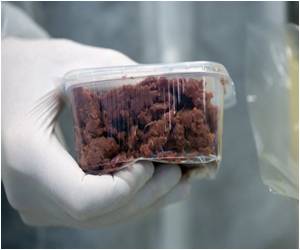 Known for her love for horses, Princess Anne suggests her compatriots to eat animals like the French.

Queen Elizabeth II's daughter, a former eventing champion, said farming the creatures for their flesh in Britain could improve their welfare.

"Our attitudes to the horsemeat trade and the value of horsemeat may have to change," Anne said in a speech to the World Horse Welfare charity in London on Thursday.


"If that's true then, that they (producers) value their horses, they look after them well, because they're in the horsemeat trade... should we be considering a real market for horsemeat"
Advertisement
"And would that reduce the number of welfare cases if there was a real value in the horsemeat sector? I chuck that out for what it's worth because I think it needs a debate."

British newspapers ran headlines about her comments including "Let Them Eat Horse" -- a reference to the executed French queen Marie Antoinette's reported comment "let them eat cake" when asked about the poor.

Anne, who is 11th in line to the British throne, cited France as an example of a country where horsemeat is popular.

"As I was reminded not so long ago by somebody who travelled in France, the most expensive piece of meat in the local butcher was a fillet of horsemeat," she said.

"We've got to face that. We've got to understand whether that value has also a part to play in how we reduce welfare cases."