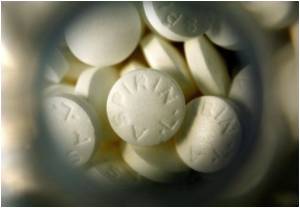 Pharmacy education in the country should be constantly revised and updated to meet tomorrow's challenges, President Pratibha Devisingh Patil has said.

Speaking at the National Seminar on Recent Trends in Pharmacy Education and Practice here, Patil emphasized that there is a need to create awareness about the role of pharmacists in the health care delivery.

"For this educators will need to develop an environment to create well rounded pharmacists who are knowledgeable and aligned with the health care needs of people," she added.


"The common goal of the health sector, pharmaceuticals industries and the pharmaceutical profession should be to protect the well being of patients in all parts of the world," she said.

Encyclopedia section of medindia gives information about the Impotence
Advertisement
Speaking on the occasion, Health and Family Affairs Minister, Ghulam Nabi Azad said that Indian pharma sector has witnessed a phenomenal growth in the recent years and is considered worldwide as the source of good quality, low cost generic drugs.

He said that pharmacists cannot only act as dispensers of good quality and cheap drugs but also act as watchdogs to counter the menace of spurious drugs in the country.

He encouraged the pharmacists to join the teams working in the rural areas.

He also announced that the Health Ministry will reward 12 crore Rupees to the contractor who builds the recently announced six All India Institutes of Medical Sciences in the country before the announced deadline.

During pregnancy & lactation a nutritious diet, suitable exercise, adequate rest and a tranquil mind help both the mother and fetus and drugs should be avoided.
Advertisement
<< How You can Eat What You Want and Still Keeping Svelte F...
England's WC Debacle Sees Sharp Rise in Domestic Violence >>